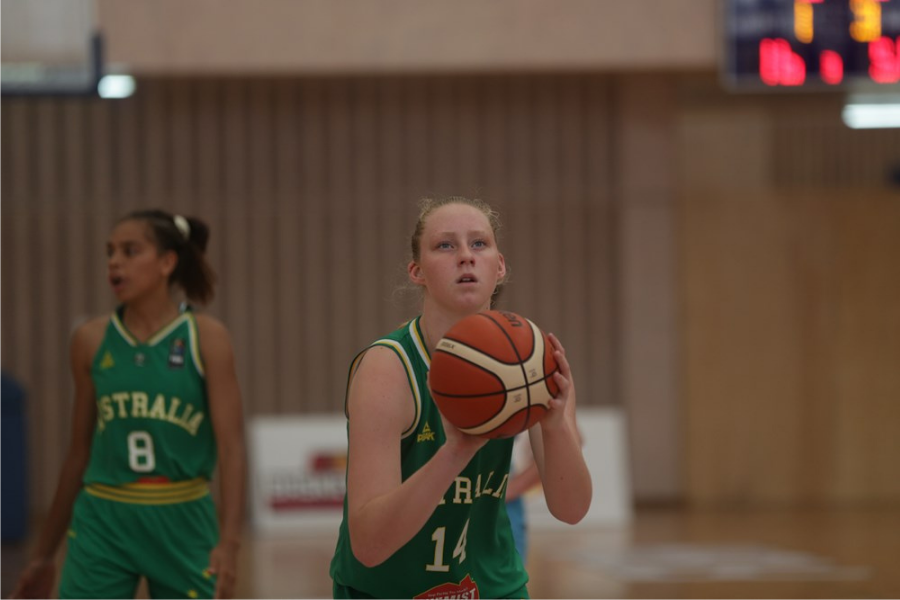 As tip off rapidly approaches on the 2020 Chemist Warehouse WNBL season, we continue to welcome the new names that will debut their talents on the court this year.

Shelby Britten, Piper Dunlop, Carlie Smith and Courtney Woods are a further four fresh faces who are currently preparing to make their first appearance in the WNBL during the North Queensland hub.

Signing on with the Villawood Properties Bendigo Spirit is 23-year old Shelby Britten who spent the 2019-20 WNBL season in the Spirit’s extended training squad.

The Newberry College graduate averaged 11.9 points per game (PPG), 3.6 assists per game (APG) and 2.7 rebounds per game (RPG) throughout her College career in South Carolina. She finished with a career-high 15.2 PPG in her senior year campaign (2018-19).

Britten also represented Australia with Australia’s Under-17 Junior National team the Sapphires, in 2012 at the U17 Oceania Championships under the coaching of her new WNBL coach, Tracy York.

Raised in Shepparton, Britten represented Vic Country in various Australian Junior Championships. In 2012, the 5’4” Point Guard averaged 10.88 PPG, 4.5 RPG and 3.62 APG whilst competing in the Under-16 competition.

16-year old Piper Dunlop has also inked a Development player (DP) contract with the Spirit for the upcoming WNBL season.

The 6’2” Centre has been committed to her dream of playing basketball since the age of eight. Dunlop has followed the Bendigo Braves pathway through Junior to NBL1, and now the WNBL, having been a training player with the Spirit last season before being offered this DP roster position.

Dunlop has also had the opportunity to suit-up in the green and gold in 2018 where she competed in the FIBA U15 Oceania Championship. Australia won gold in the event and Dunlop averaged 11.8 PPG, 4.8 RPG and 1.2 APG throughout the competition.

Striking a contract with the Adelaide Lightning, Carlie Smith will also contest her debut WNBL season this year.

Smith has competed in the SEABL Women’s competition from 2015 to 2017.

The JCU Townsville Fire have sealed Courtney Woods on a two-year deal.

After completing her College career with the Northern Illinois University (NIU), where she averaged 16.3 PPG, 5.8 RPG and 2.4 APG whilst playing for the NIU Huskies, 23-year old Woods has returned to Queensland for the 2020 WNBL season

Woods was named in the All-MAC (Mid-American Conference) First Team for 2019-2020 and named the MAC West Player of the Week on two occasions throughout the 2019-20 College season.

The 6’0” Forward has been competing in the 2020 Queensland State League (QSL) with the Northside Wizards in the Women’s Division 1 competition where she averaged a huge 24.14 PPG, 7 RPG and 3.71 APG.

The 2020 Chemist Warehouse WNBL season is fast approaching, to support your team click here to find all up to date membership options.