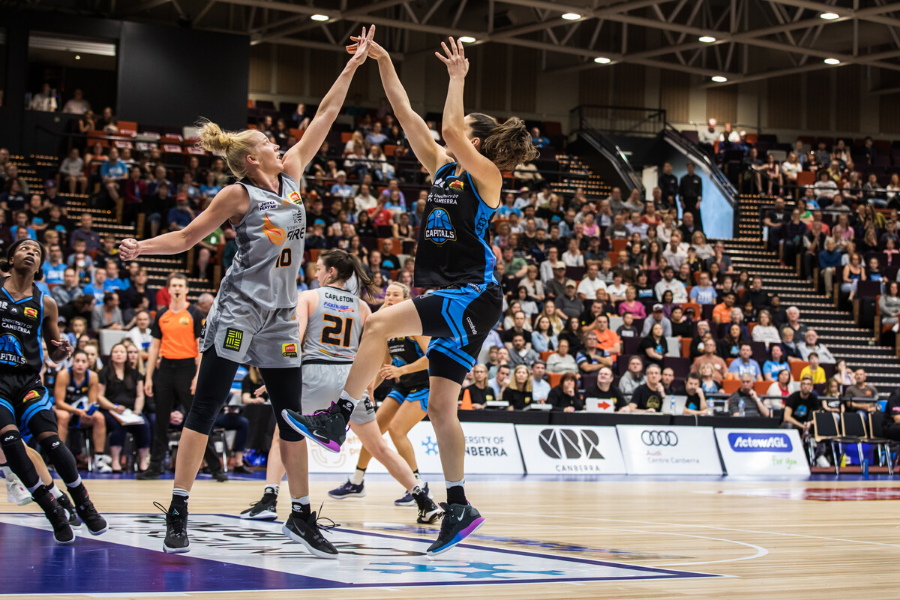 Last week Basketball Australia and the Chemist Warehouse WNBL announced their support of UN Women Australia with ‘Orange the World’ themed WNBL Rounds as a part of the 16 Days of Activism Against Gender-Based Violence campaign.

Over the course of Rounds 7 and 8, the WNBL and its clubs will be championing this ‘Orange the World’ initiative, which calls for the prevention and elimination of violence against women and girls.

Abby Bishop, Townsville Fire Forward, has been announced as the official WNBL ambassador for the themed rounds.

Bishop said it was a ‘no-brainer’ for her to support UN Women Australia and their initiative with the WNBL.

“When I was asked to be an ambassador for the themed rounds, I didn’t even have to think about it,” Bishop said.

“As athletes we have such a great platform to be able to raise awareness and get things out and to use that platform in a positive way is something that I think we should all be doing.

“It’s incredible to have the league involved in something like this and I’m so grateful to be a part of it.”

Having spent the past 14 years playing basketball professionally, Bishop discussed the idea that basketball has the power to unite women.

“I think you find a little circle in sport and it’s that safe space where you go and enjoy the moment whilst being surrounded by great people.

“For the women who are involved in domestic violence, I think going to play sport and getting away from those situations even for a little bit, to just switch your mind away, is really important.”

UN Women Australia states that one in three women and girls experience violence in their lifetime, a statistic that they say will change if everyone stands together to generate awareness of the issue.

Bishop encouraged supporters to do their research and take the first step in opening the conversation around domestic violence.

“It’s as simple as jumping on the internet and going on the UN Women Australia website.

“It’s an important thing to discuss with your friends and family, the more we talk about it, the more people become aware that violence against women is not okay.”

The WNBL and its clubs will be supporting the campaign during Rounds 7 and 8 through donation collections and a number of other game day activities.

Fans can show their support by dressing in orange while attending games, alongside the home teams who will be wearing specially designed orange themed uniforms, which will be launched in the coming days.

The colour orange symbolises a brighter future, free from violence and creates a solidarity globally in eliminating all forms of violence against women and girls.

“Even if we didn’t have these ‘Orange the World’ themed rounds, there are still so many other ways you can help,” Bishop explained.

“There are women’s refuges you can donate to, and there’s a text message initiative where you can text ‘LIGHT’ to 0497 222 444, to donate $5 directly to UN Women Australia.

“It’s about opening your mind to the issue and doing your part to help,” she said.

The donations from throughout the campaign will go towards funding UN Women Australia’s grassroots programs that work to create safe spaces for women and girls, free from violence, as well as supporting those who have been affected by violence firsthand.

The UN ‘Orange the World’ themed rounds will be run over Rounds 7 and 8 of the Chemist Warehouse WNBL season. To view the full fixture visit http://wnbl.basketball/fixture/