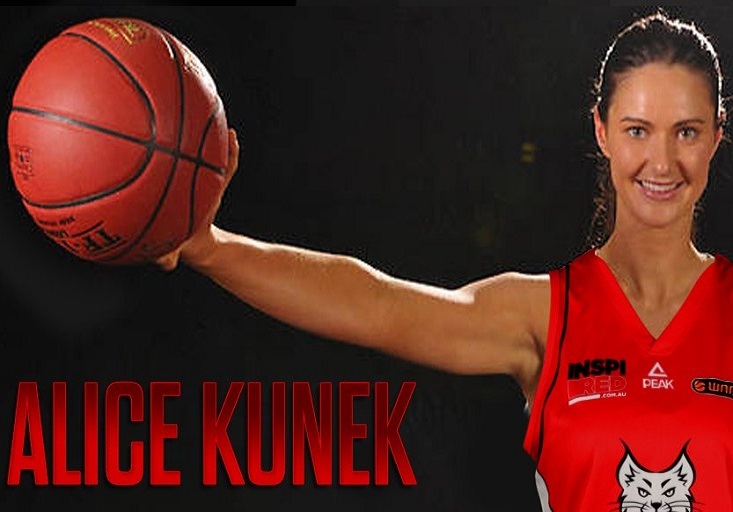 The Perth Lynx are pleased to announce the first new addition to their 2017/18 roster, with Alice Kunek set to head west for the upcoming season.

At 26 years of age, Kunek already has a decade of WNBL experience under her belt, having first debuted for AIS in 2007/08.

Last season, the Victorian forward averaged 11.6 points, 4.0 rebounds and 2.5 assists per game, while leading her hometown Melbourne Boomers as captain.

“I’m very excited to be signing with the Lynx this season,Ó said Kunek.

“Playing against Perth the past couple of years and seeing how well coached they are really drew me to the program.”

At 185cm, Kunek brings size and speed on the wing, and looks set to make a seamless transition into the up-tempo style the Lynx have become known for.

“IÕm very passionate, I love playing good team basketball and getting out and running in the open court.”

The athletic forward has represented Australia, winning gold at the 2015 FIBA Oceania Championships, and helped the (then) Bulleen Boomers to a WNBL title in 2011.

“With the league having so many quality forwards, it was vital for us to sign such a high caliber individual to the position.”

“Her work ethic is phenomenal; her first request was Ôwould it be ok if I arrived a few weeks earlyÕ, which is music to a coachÕs ears.”

Kunek marks the third signing for the Perth Lynx, as they build towards the new look 2017/18 WNBL season.