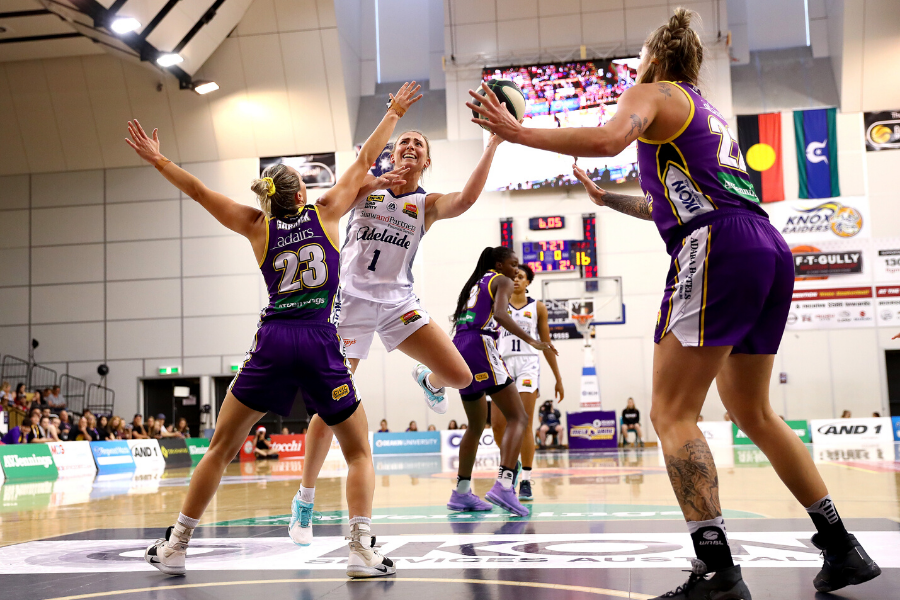 Are Adelaide Becoming The Team To Beat?

Although it might not look like it from their fourth-placed spot on the #WNBL ladder, the Adelaide Lightning are quickly becoming the team to beat, having secured four straight wins over the past two weeks.

After suffering a disappointing 9-point loss to the Melbourne Boomers in Round 10, the Lightning were eager to get an impressive win on the board and they did not disappoint, producing four.

In a double-header weekend the Lightning went back-to-back in Round 11. The side not only defeated Sydney Uni Flames in an 8-point win, but they managed to defeat reigning champs and third-placed UC Capitals by 10 points in what was an incredibly strong performance from the South Australian side.

Round 12 was going to be the test to see if they could back up their impressive performances from the week prior, having not managed 3 wins in a row all season. They began the weekend with a comfortable 26-point win over the Townsville Fire, but the tough game was going to be the Sunday clash against ladder-leader Southside Flyers, who had only been defeated twice for the 2019-20 season.

In what was a dominant display by the Lightning, they showed that they have the ability to defeat the top team, with their players stepping up and producing noteworthy performances including a whopping 20 assists from Nicole Seekamp, a WNBL record.

Lightning players such as Brianna Turner, Lauren Nicholson and Steph Talbot are also leading the way currently averaging 16.8, 14.6 and 14.3 points per game respectively.

The Lightning have been unable to break into the top 2 this season currently sitting at fourth with a score record of 10-6, equal on wins with the UC Caps, and now 4 games clear of Sydney Uni Flames (6-10) in fifth position.

With just 4 rounds left of the #WNBL fixtured season, it is a race for finals and Adelaide Lightning seem to be ready for a fight.

They face the Melbourne Boomers this Friday night, 10 January, in front of a home crowd at Titanium Security Arena. All the action kicks off at 7:00pm local time with a livestream available here or tickets available for purchase here.