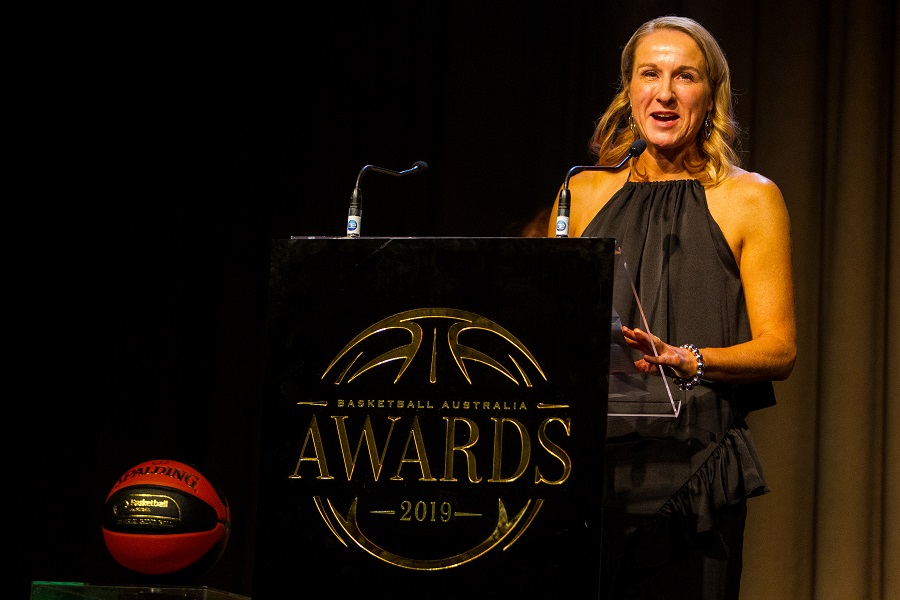 A star domestically and on the international stage, Allison Tranquilli was a pioneer for the women’s game during a burgeoning time for the sport.

Introduced to basketball by her mother, Tranquilli began playing at the age of 10 in Ballarat and after stints with Victoria Country at Under-16 and Under-18 level, she was offered a scholarship at the AIS which made her think seriously about a potential career.

Tranquilli began a WNBL career as a teenager and across ten years she represented the AIS, Melbourne Tigers, Dandenong Rangers and Bulleen Boomers through 227 games.

Coinciding with the start of her WNBL career, Tranquilli debuted for Australia with a Youth team tour of the USA and her performances there helped her earn a spot with the Opals just a year later in 1991.

Embracing the demands of the senior national team brought Tranquilli’s game to another level and she was named to the 1994 World Championship team where Australia finished fourth.

The Opals would go one step further at the next two World Championships as Tranquilli collected consecutive bronze medals and she played an important role in the 2002 third-placed playoff against Korea, recording six points, three rebounds, one assist and two steals in just 13 minutes.

At an Olympic level, Tranquilli achieved the exceptional feat of winning medals with the Opals eight years apart in 1996 (bronze) and 2004 (silver).

The team’s performance in 1996 yielded the Opals their first ever podium finish at a major tournament and in Athens in 2004, their second-placed finish came in the middle of a run of three straight Olympic silver medals.

Turning 32 years of age the night before the tournament began, Tranquilli finished fourth for the team in assists and fifth for steals as she again demonstrated her ability to impact the game with minimal court time.

Four years prior, Tranquilli reached a pivotal moment in her career when she was not selected for the 2000 Olympics but she took the opportunity to hone different parts of her game overseas.

Helping to pave the way for Australian female basketballers in Europe, she spent two seasons in Spain, winning the league MVP in 2001 and two more seasons in Hungary when she made the European Final Four with Pecs.

Those performances saw her make a triumphant return to the national team in 2004 and the Athens Olympics marked her final tournament as she capped her Opals career at 254 games.