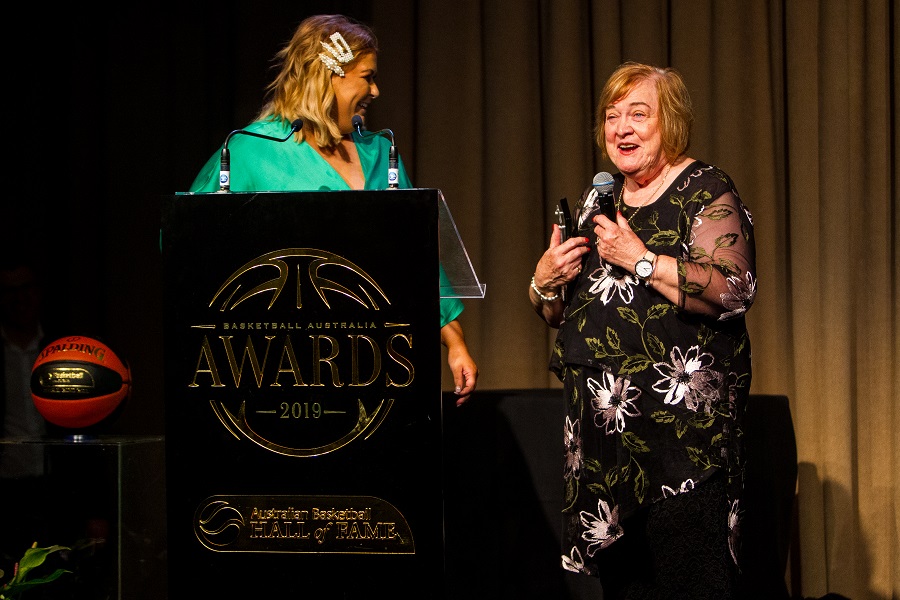 One of the preeminent figures behind the scenes of Australian basketball for the past 50 years, Lorraine Landon has left an indelible mark on the sport at all levels.

Landon introduced herself to the sport as a player for the Bankstown Bruins. They won the NSW State Championship every year from 1968-1978 while off the court, Landon devoted her energies to Bankstown’s club development to help the fledgling club flourish.

Landon volunteered as the team manager for the Australian Opals when they qualified for their first Olympic campaign in 1984 and went on to serve as team manager for 100 games including at the 1986 World Championships and 1988 Olympics.

1984 also saw Landon undertake the position of Head of Delegation for an Opals tour of China, a role she would take on again for four Junior World Championships through to 2011.

In 1989, Landon created more history by becoming the manager of the Sydney Kings in the NBL and Sydney Flames in the WNBL- the first time a female had held such a position in both the male and female national competitions.

During her tenure, the Flames won two Championships and the Kings reached the finals five times.

Landon remains General Manager of Operations for the Kings.

Following her experience with the Opals on the international stage, Landon became the Basketball Competition Manager for the 2000 Sydney Olympics and at the conclusion of the tournament, she was presented a Merit Award by FIBA to acknowledge her organisation of the event.

Less than a month later, Landon repeated her role at the 2000 Paralympics where she served as competition manager for wheelchair basketball, wheelchair rugby and intellectual disability basketball.

A driving force behind the WNBL and women’s basketball in general, Landon held the position of General Manager of National Teams and Competitions at Basketball Australia for 11 years as she facilitated the growth of the WNBL’s reputation as the premier women’s basketball competition in the country.

Serving on national and international basketball organisations for the past 30 years, Landon was the Vice President of the FIBA women’s commission for 11 years, Executive Director of the WNBL and a board member of Basketball NSW to name but a few.

Her dedication to the sport shows no signs of slowing down as she remains the Director for Sport Inclusion Australia and the Western Sydney Academy of Sport.

In addition to her Australian Basketball Hall of Fame induction, Landon’s contribution to basketball has been recognised with IOC Golden Rings in 2000, the IOC Women in Sport Award in 2004, induction into the Sport Australia Hall of Fame and an Order of Australian medal in 2011 while she is also a Life Member of the WNBL, Basketball NSW and Bankstown.