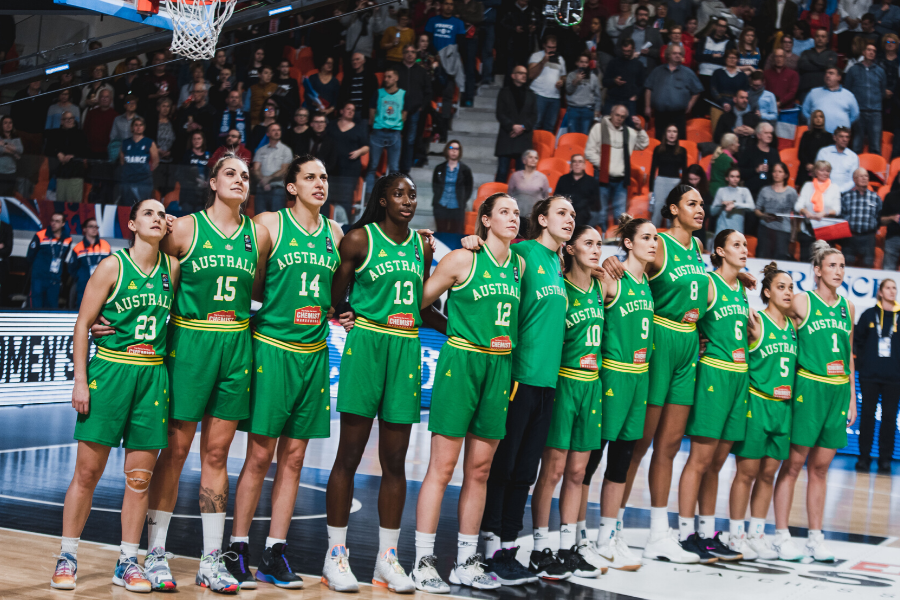 The squad of 23 is full of depth and a strong breadth of talent, including veteran Opal stars, as well as welcoming some young fresh faces.

With an uncertainty still surrounding the FIBA Qualification window from 8 November to 16 November 2020, the Opals squad is required to be well prepared. The Opals will continue expectantly through to September, when Basketball Australia will be advised about the status of the qualification events by FIBA.

Australian Opals Head Coach Sandy Brondello is excited to extend the squad out to some of the younger talent who have shown extensive potential.

“From November 2020 to end of 2021, we will embark on an intensive schedule in preparation for the Olympics, followed by Asia Cup and Qualifiers. With that in mind, we decided to extend our squad to 23 players” Brondello said.

“While the core group has remained the same, we are excited to include some of our talented younger players (Shyla Heal, Jaz Shelley, Maddie Rocci and Tiana Mangakahia) who have shown much improvement over the past few years and deserve their selection in this squad.”

Whilst this is a squad of 23, it will remain fluid and can be reduced and or increased should an athlete deliver outstanding performances during their competitive season as the Opals work to build their strongest side for the upcoming Olympics in 2021.

“While the Olympics postponement was disappointing but necessary, we are excited as a group to get back together in November and start the process of building our chemistry to become the best team possible for Tokyo and beyond” said Brondello.

All Coaches will continue to monitor and assess the elite performances of Australian athletes in professional leagues such as the Chemist Warehouse WNBL, the European Leagues, the WNBA and the Chinese Basketball Association.

*Restricted Player, only one can be named in a final team of 12.