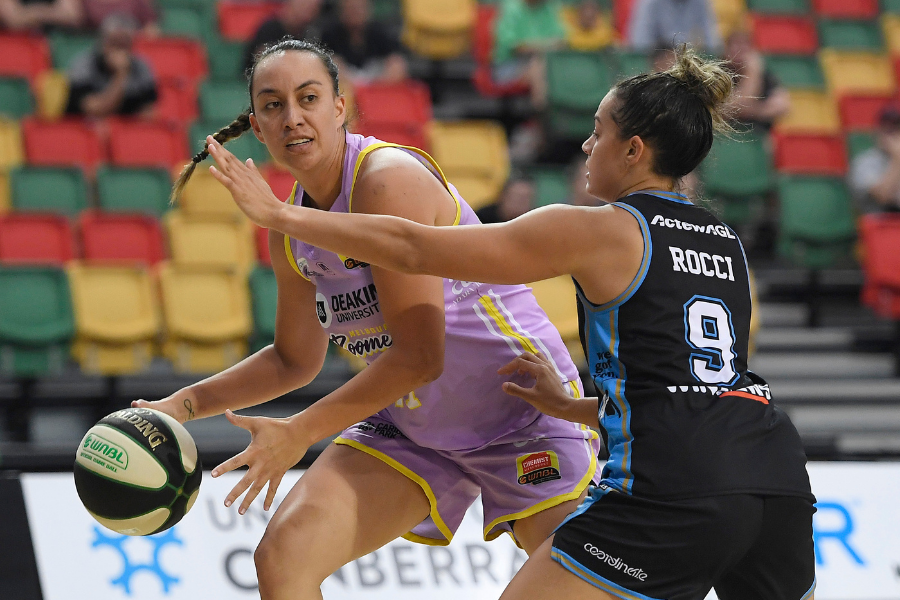 BOOMERS OUT FOR FINALS REDEMPTION AGAINST CAPITALS

In contrast to two-time defending champions the Capitals, the Boomers have been frustrated by their recent playoff form after being knocked out in the semi-final round the past two seasons.

Indeed, Melbourne have had little to show for their many finals showings with just one championship – back in 2011 – despite being the WNBL’s oldest club.

The Boomers appeared in the mix to finally add to their trophy cabinet last season, only to be eliminated 2-1 by eventual premiers the Capitals in the best of three semi-finals series in February.

Now Melbourne again find themselves lining up against the Capitals in the playoffs, this time in a sudden death semi-final in Townsville on Wednesday.

The Boomers looked set for a top two finish in 2020 – and a finals double chance – after being the only team this season to beat last season’s grand finalists, the Capitals and Jayco Southside Flyers.

But Melbourne were surprisingly relegated to fourth overall on a tight WNBL ladder after a regular season finale loss to JCU Townsville Fire.

“I know this is a big redemption game after the Caps knocked the Boomers out of the finals last season,” the Tall Ferns star said.

“I think we have a lot more to offer and prove.

“We want to get past the semi-final stage, make a grand final and hopefully get a championship.”

The Boomers were unexpectedly restricted to just 64 points in Sunday’s six-point loss to the Fire but Karaitiana was confident they had the firepower to end the Capitals’ hopes of a three-peat.

Indeed, Melbourne have no shortage of stars with co-captain Cayla George making the 2020 All-WNBL First Team and WNBA champion Ezi Magbegor finishing fourth in the MVP votes and also named in the Second Team along with teammate and fellow Opal Tess Madgen.

“That’s the beauty of this team. We don’t rely on one player for our scoring,” Karaitiana said.

The Capitals will also have no shortage of motivation after being relegated to a sudden death semi following their 19-point regular season finale loss to the Flyers on Sunday.

Inspirational skipper Kelsey Griffin has been given the all clear after being rarely sighted in the second half of the Flyers clash.

Capitals coach Paul Goriss said the Opals star was being managed on Sunday after being eased into the season following shoulder surgery.

“We were mindful of making sure we were well rested and fresh coming into a do or die game against the Boomers,” he said.

“She (Griffin) is our spiritual leader along with (fellow Opals) Marianna Tolo and Maddy Rocci who has had a breakout year.”

Goriss said rookie sensation Jade Melbourne was also a potential X-factor after standing tall against the Flyers on Sunday with 12 points.

“She has that fearlessness and can make something happen,” he said.

“I believe she can be an X-factor for us.”