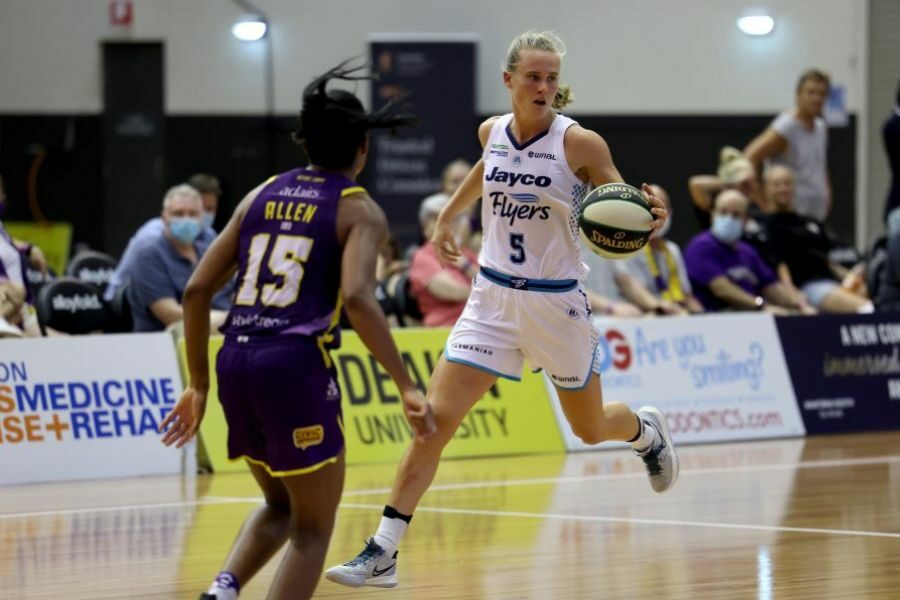 There have been several big announcements over the past few weeks in the free agency period, with teams looking to lock in their full rosters as the WNBL 22/23 season edges closer.

Big news from the Melbourne Boomers as they, a little unorthodoxly, revealed the majority of their squad at once.

Big news that Indiana Fever star Tiffany Mitchell will be re-joining the Boomers again this season, bringing her athleticism and explosive style of play to the WNBL. Up-and-coming talent, Rachel Brewster will also be back, securing another roster spot.

In one of the biggest signings this season, Australian Opal and WNBL Sixth Woman of the Year recipient, Kristy Wallace, has signed with the Boomers. Wallace, currently playing for the Atlanta Dream in the WNBA, will likely run the point in offence, and bring a relentless attitude to the defensive end of the floor.

Adding further depth to the Boomers squad is three-time WNBL champion, Mia Murray. Murray makes the move from Townsville, bringing with her over 300 games of WNBL experience, which will be invaluable as the Boomers look to go back-to-back in the upcoming season.

The Boomers also announced basketball legend Kristi Harrower will be joining the Club as Assistant Coach.

Exciting news for Adelaide Lightning fans with young gun, Abby Cubillo making the move over from the Capitals. The proud Indigenous woman from the Larrakia people in Darwin, Northern Territory is known for her skills on the court as well as the incredible work she does within the community.

Cubillo is currently having a stellar season with the Brisbane Capitals in NBL1, averaging 18 points, six assists and six rebounds per game.

The Capitals announced a signing of their own, with Rebecca Pizzey joining the roster for the upcoming season. Pizzey joins the Capitals after five years in the WNBL, having spent two seasons with the Flyers, including their Championship winning 2020 hub season, before moving to the Sydney Flames in 2021/22.

Townsville Fire announced a WNBA Champion is joining their ranks in the upcoming season. Tianna Hawkins, a University of Maryland graduate, has spent the last 8 years playing in the WNBA. Highlighted by her 2019 season where she was part of the Washington Mystics WNBA Championship team.

Perth Lynx finalised their roster for the 22/23 season with a list of announcements in the last few weeks.

The Lynx announced the re-signing of WA local talent, Mackenzie Clinch Hoycard. Hoycard has played the last two seasons with the Lynx as a development player, and is currently averaging 14.8 points, 7.8 rebounds and 3.2 assists for the Warwick Senators in the NBL1 West.

Reigning NBL1 West Defensive Player of the Year, Emma Gandini has been elevated to the main roster for the Lynx. Gandini is currently averaging four steals per game for the Willetton Tigers.

Chloe Bibby from the Kilsyth Cobras in NBL1, and international import, Robbi Ryan round out the 22/23 roster for the Lynx. Ryan started her professional career with Grindavik in the Icelandic Úrvalsdeild kvenna and is currently playing for the Joondalup Wolves in NBL1.

Finally, two-time WNBL Champion and WNBL All-Star, Rachel Jarry announced her retirement from professional basketball after an illustrious career, which includes a bronze medal with the Opals on her Olympic Games debut in 2012 and a WNBA championship with the Minnesota Lynx in 2013.

Thank you, Rachel Jarry and good luck for your next ventures.