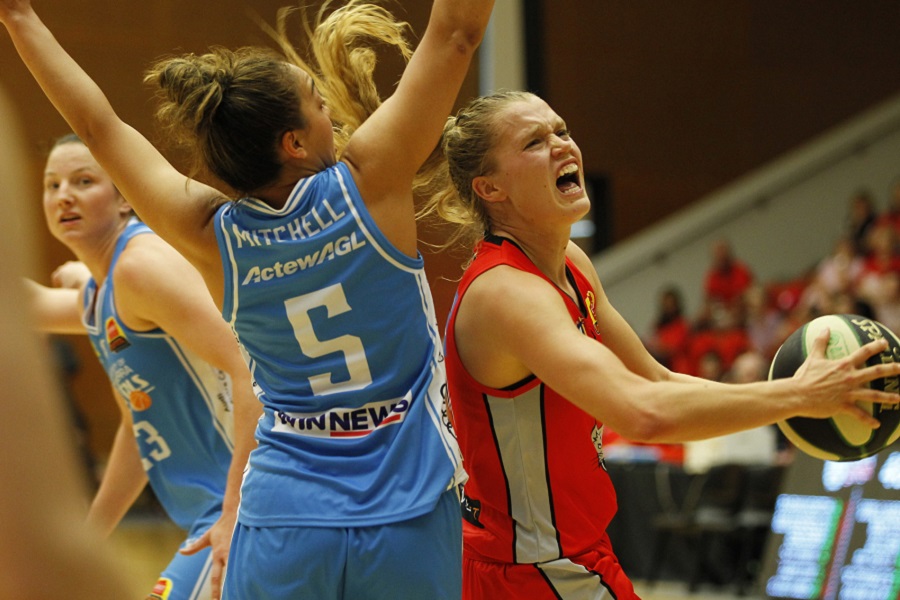 The University of Canberra Capitals have maintained their winning streak with a 91-75 victory over Perth Lynx in Game 2 of their Semi-Final series, booking a place in the 2018/19 Grand Final series in the process.

They will now meet the Adelaide Lightning, who also earned a place in the Grand Final series tonight by defeating Melbourne in the other Semi-Final, with Game 1 set for Saturday, February 9.

In similar fashion to last Friday night, the Caps had too much firepower at the offensive end for Perth as they shot 14-23 (60%) from beyond the arc and 48% from the field overall.

Leilani Mitchell came up big with 5-7 three-point shooting for 19 points, five boards and seven assists while Marianna Tolo had an important final quarter to finish with eight points and two assists.

“We knew how tough the game was going to be over here, this is our first win in Perth for the season so we’re pretty pumped to get this win,” said Wilson.

“They threw everything at us. But credit to my team for sticking with it and hitting some massive shots down the stretch.

“Look out next week, we’re so pumped to have that first final in Canberra.”

Perth had the game on their own terms in the first quarter, jumping out to a 23-14 edge at the first break before owning a 12-point lead in the second term.

Katie Ebzery (17 points, four assists) and Asia Taylor combined for 16 points in the opening period but the buffer was not enough as the Caps went on a three-point barrage to finish the half.

In the space of seven minutes, Nurse nailed four three-pointers and Wilson and Mitchell each hit one to turn a 12-point deficit into a 7-point lead.

Things seemed to be going from bad to worse for the Lynx when Taylor (11 points, seven rebounds) stumbled into Griffin’s knee early in the third quarter, sending her off for the rest of the game with a nasty bruise and possible concussion.

However, the hosts rallied behind 14 combined points in the quarter from Alison Schwagmeyer (17 points, five rebounds) and Brittany McPhee who was also relentless on the boards, finishing with ten points and 19 rebounds (six offensive).

That brought them within a point at three-quarter time and they nudged ahead momentarily two minutes later but without Taylor in the paint, Tolo began to take over before Mitchell had the daggers with three three’s from beyond the arc.

“We knew Kayla came off her sick bed to give us a few minutes and she’s our starting centre. Then we lose our starting power forward so I was super proud of their effort because they kept fighting and fighting.”