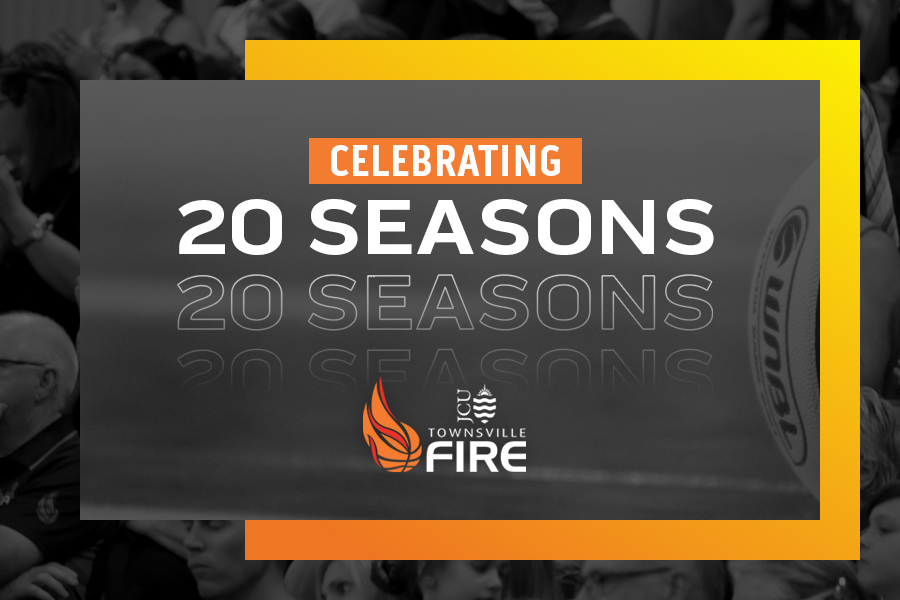 Over the years, the Fire has been home to some of Australia’s greatest, including League legends and WNBL Life Members Suzy Batokvic and Rachael McCully, both leaving a special legacy with the club, to where their numbers have been retired.

In 2014-15, the club claimed their first of three WNBL Championships under the coaching of Chris Lucas and captainship of McCully against the Bendigo Spirit, 76-65. The start of what would later become 3 Championships in just four seasons.

The Fire are currently the only female professional sporting team of any discipline in the northern half of Australia.

General Manager for the JCU Townsville Fire, Sam Pascoe, says that the Fire will be looking to shine a light over the upcoming season on their club history, celebrating 20 years of play.

“Over the course of the season, we’ll be reflecting on 20 years of events, friendships and achievements.

“In 2019, the JCU Townsville Fire was named Team of the Decade, for half of our lifespan we have been the best in the League. This calls for celebration,” said Pascoe.

After the 2010-11 WNBL season wrapped up, the Fire faced unprecedented difficulties in maintaining a team in future competition. The club was folding due to financial pressures, but a last-minute saving grace saw the club’s forthcoming survival.

Before the commencement of the 2011-12 season tip-off, the club became a not-for-profit organisation, and are to this day, the only community-owned club in the WNBL.

The Fire competed in their first WNBL Grand Final in the 2012-13 season, which kicked off a continuous Finals presence for the Fire as they followed with three further consecutive Grand Final appearances between 2013-14 to 2015-16.

Claiming back-to-back championship titles in 2014-15 and 2015-16, most recently the Fire took out their third championship in the WNBL’s 2017-18 season against the Deakin Melbourne Boomers.

Pascoe expresses gratitude to the Fire community that has helped keep the club returning for 20 seasons.

“As the season tip off draws closer, I would like to thank our members, on behalf of the Townsville Fire, for their dedication and commitment to our club.

“I also extend thanks to our family of sponsors, partners and corporate members for their significant contribution to our success.

“We are proud to have one of the most passionate supporter bases in the WNBL and look forward to sharing the anticipation and excitement of the upcoming season. While we’re firmly committed to achieving the best possible result in 20-21 season, we wish to highlight that we will celebrate our 20th anniversary of playing in the WNBL.

“The Townsville Fire is more than a basketball team to this community; we love this region and proudly represent it every time we step on to the court,“ concluded Pascoe.

The JCU Townsville Fire also have some exciting plans in store to celebrate this monumental anniversary, including naming their 20-year team with the help from their members, fans and media partner, the Townsville Bulletin.