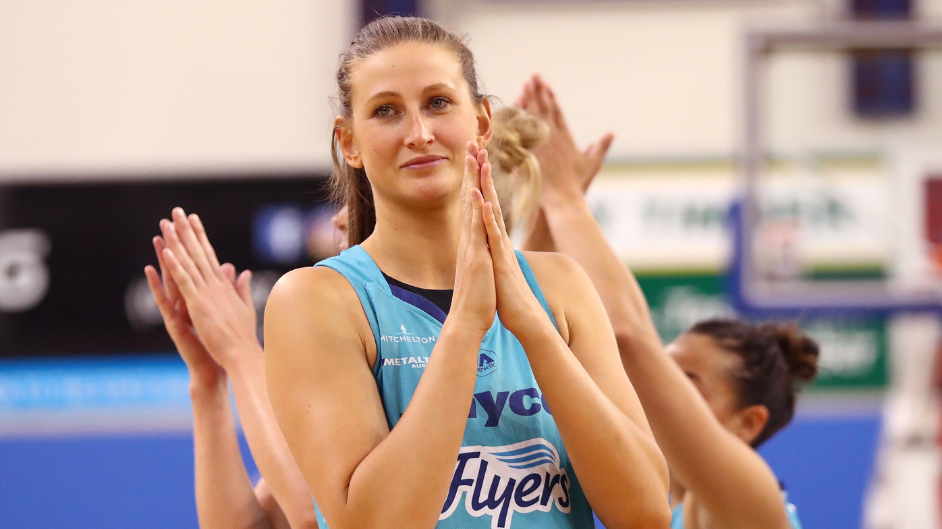 WNBL Champion, Carley Ernst suited up for her 250th game in Canberra for the Southside Flyers in Round 11.

Making her debut for the AIS in the 2009/10 season, Ernst has continued to grow as a player over a successful WNBL career where she has played with the AIS, Dandenong, Canberra, Adelaide, Perth, Bendigo, and Melbourne before returning to Southside this season.

A Dandenong Rangers junior, Ernst represented Australia as a junior for U17s and U19s where she won a bronze medal in the 2013 FIBA U19 World Championships.

Known for her signature 3-pointers, Ernst is not a player you want to leave undefended when she fires from the top of the arch!

In a remarkable return to the game, Ernst was a member of the 2021/22 WNBL Championship team, just seven months after having her son, Kylan.

An integral part of the Southside Flyers unit this season, Ernst is currently averaging 5.8 points and 3.1 rebounds per game.

Ernst becomes the 77th WNBL Life Member and will be presented with her 250-milestone at John Cain Arena on February 4 when Southside takes on Sydney.

Congratulations on this amazing achievement, Carley!