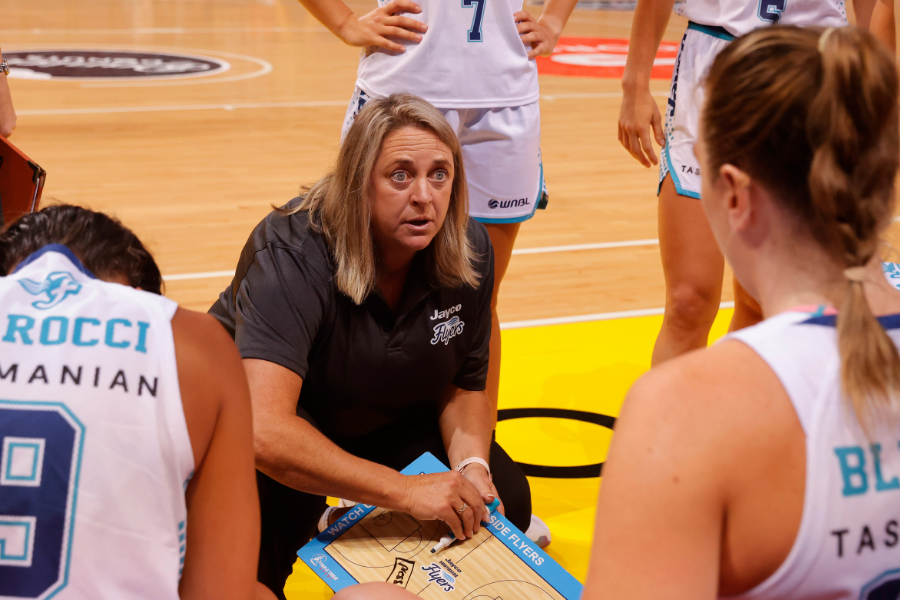 TWO coaches, of non-competing teams, share their keys to victory in this week’s WNBL best-of-three semi-final series with Megan Hustwaite.

Flyers defeated Lightning in Round 15

“I think Melbourne need to stop Adelaide’s transition game. Besides corner threes most of their shots come from inside the paint. They also need to out rebound them.

Melbourne need to use their size inside to score and will need a big game from Lindsay Allen because I think that match-up between Lindsay Allen and Kiana Williams is pretty crucial.

I think the match-up between Ezi (Magbegor) and (Kylie) Shook will be a big one.”

Flames defeated Lynx in Round 13

“Perth has to play a really physical style, that’s how Canberra will come to play. I think they have to have an even spread of scoring. Canberra are a good defensive team so Perth need a lot of players to be able to put points on the board not just a Marina Mabrey going for 35 and the next highest scorer 12.

I think they’re a better team and more potent team when Sami Whitcomb’s involved, Jackie Young’s involved, Darcee Garbin and Lauren Scherf. They spread that load and are way more difficult to defend.

It’s hard to read Canberra because they’ve had a very consistent season then at the back end won a game when they were undermanned against Perth in Perth and then dropped a game by 50 something to Melbourne.

Canberra are a tough defensive team, they’re going to have to keep scoring low I think and find a way to grind it out.

If Canberra allows Perth to play a free-flowing game and they get up and down the floor I think Perth will have too many scorers for them. Both teams probably want something different out of the tempo and style of the game.”