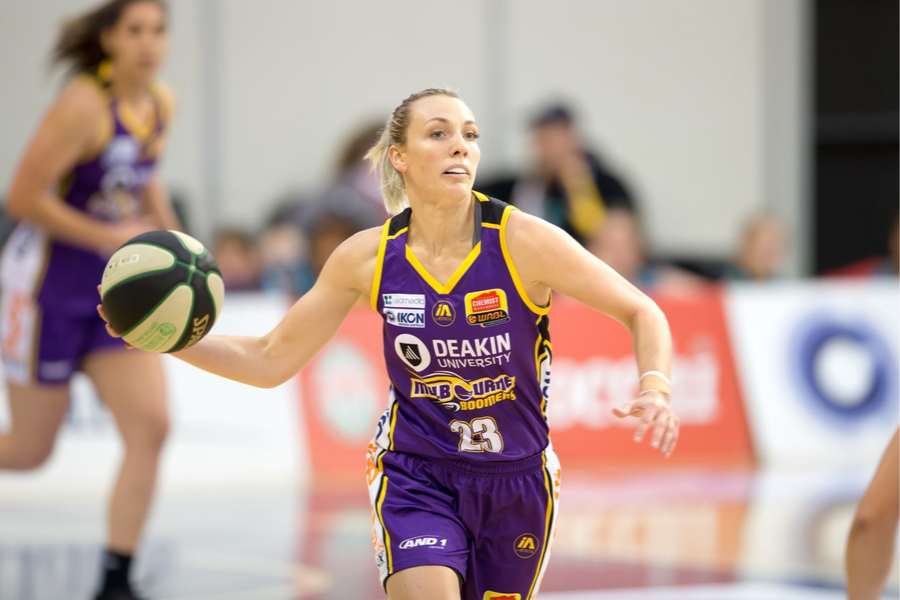 Entering her fifth season with the Deakin Melbourne Boomers, star guard, Maddie Garrick is excited by the prospect of entering a Chemist Warehouse WNBL season on a roster brimming with international experience.

“It’s always exciting to go into a new season, I think first and foremost coming into preseason is a good time to regroup and re-evaluate from the previous season,” Garrick said.

“This year we have a lot of international experience. We have two Americans, four New Zealanders and a depth of experience with our Australian players as well.”

Garrick, herself, has spent large portions of the WNBL offseason representing Australia on the FIBA 3×3 circuit, claiming gold at the Chengdu and Tokyo FIBA 3×3 Women’s World Series stops, while also taking part in June’s World Cup.

As the 3×3 format surges into relevancy ahead of its initiation as an Olympic sport, Garrick believes the experience in the green and gold has paid dividends in her development as she now prepares for season tip-off in the WNBL.

“The game style is a lot more physical; I’m known for my shooting and an area of my game that I need to get more consistent at is getting to the basket. In 3×3 you are exposed if you can’t do that. It’s a mentality of being more physical and breaking your player down getting to the rack.”

After working through some niggling injuries during the previous two WNBL campaigns, Garrick is feeling healthy, with her confidence in her outside shot perhaps the most telling sign.

After seeing her shooting percentages drop in 2017/18, last season saw a return to the norm, with her three-point percentage jumping from 30.1 to 37.4 percent.

“I’ve been just working on that mental side of not thinking about it too much. If my body feels good my shot is going to feel good naturally,” the Melbourne Boomers guard revealed.

The Deakin Melbourne Boomers open their season against the Bendigo Spirit on Saturday October 12 – Tip-off is at 7:00PM (Local time)