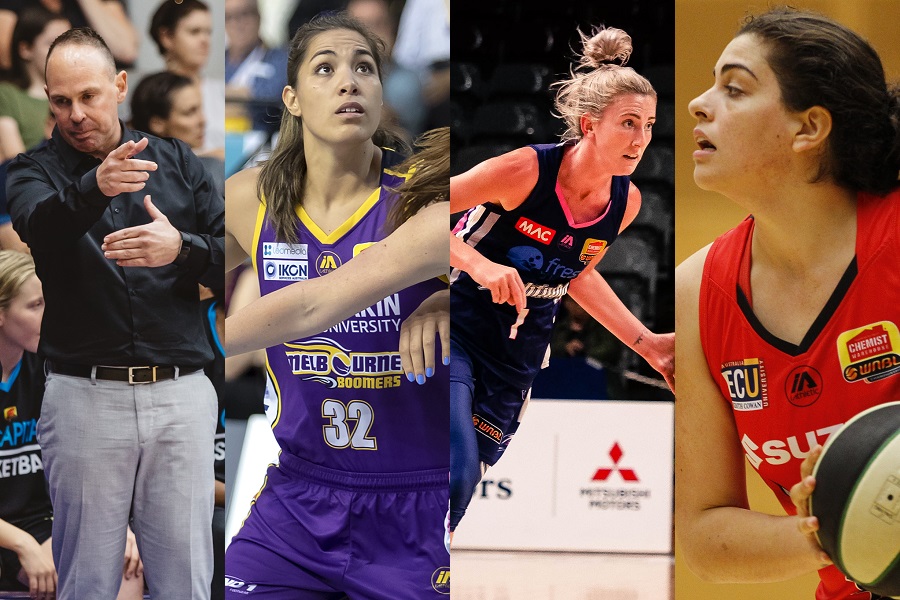 As the 2018/19 awards night approaches, take a look at the potential candidates for Coach of the Year, Robyn Maher Defensive Player of the Year and the Betty Watson Rookie of the Year awards.

Coach and Defensive Player of the Year is selected via a 3-2-1 voting process at the end of the regular season from the coaches and captains with voters unable to select from their own team while the Rookie of the Year is chosen from players competing in their first or second year who are Australian and under 21 years of age. Second-year players must have played 50% or fewer games in their first season.

Coach of the Year

The regular-season ladder leaders recruited a championship worthy team in the off-season and coach Goriss has had them firing since. Claiming their first minor Championship in ten years, Goriss and his troops have returned the Capitals to prominence as they prepare for the start of the Grand Final series on Saturday.

With Kelsey Griffin and Leilani Mitchell enduring injury interrupted starts to the season, the Capitals were tested in the season’s opening rounds without the likes of Marianna Tolo and Kristy Wallace as well. Once they were at full-strength, minus Wallace who suffered another devastating knee injury, the Caps went on to finish with a league-best 16-5 record and now head into the Grand Final series as favourites.

The season’s other Grand Finalist, Adelaide have rocketed up the standings in the second half of the season as they went from sitting seventh in Round 7 to sweeping the Boomers in the Semi’s and qualifying for their first Grand Final since 2008.

The Lightning’s run has seen them enter the Grand Final with a win over every other team in their most recent match-up, giving them confidence as they prepare for another tilt at the WNBL championship.

With the uncertainty surrounding the club’s future, Lucas’ ability to keep his player’s focus on the task at hand has been extremely impressive.

The two-time WNBL Coach of the Year and the reigning recipient, Stewart once again finds himself in the running after leading his Lynx to yet another finals berth.

Since the club’s re-branding, Stewart has led Perth to the finals in every season and in 2018/19, they owned a 13-8 record to finish fourth in the competition. With many of the Lynx’s key players entering their first season in a Perth uniform, Stewart did an admirable job integrating the likes of Asia Taylor, Brittany McPhee, Katie Ebzery and Lauren Mansfield into the system.

A multitude of players are in the running for this season’s Robyn Maher Defensive Player of the Year award. Micaela Cocks (JCU Townsville Fire) has once again been one of the best lock-down guards in the league along with Lauren Nicholson (Adelaide Lightning) who is regularly tasked with covering the opposition’s most explosive back-court player.

Another athlete known for her hustle and high energy is Kalani Purcell (Deakin Melbourne Boomers). Purcell has made a name for herself as a spark plug for Guy Molloy’s team as she harasses her opposition while displaying a will a to dive for loose balls and come up with team lifting defensive plays.

These same attributes commonly bring Kelsey Griffin’s name to mind as well (UC Capitals). A true workhorse and inspirational leader for the Caps, Griffin often carries a heavy load at the defensive end of the floor, providing rim protection, a strong body in the paint and an incredible ability to reel in rebounds. An MVP/Robyn Maher Defensive Player of the Year double is not out of the question for the Opals star. The Bendigo Bank Spirit began the season with the best defence in the league and Becca Tobin was a big reason why. As Simon Pritchard’s team sat second in the standings after Round 5, Tobin anchored the defence down low and finished with three steals and a block per game as well as nine rebounds, good enough for fourth in the league.

Betty Watson Rookie of the Year

20-year-old Ellie Collins recently completed her first season with the Lynx after helping the Launceston Tornadoes to the 2018 SEABL Grand Final. Standing at 182cm, Collins can stretch the floor as a forward with her ability to knock down the three and as a versatile big, she has shown flashes during her rookie season that she can develop into a WNBL mainstay for years to come.

A young star for the Boomers, Shelley played sporadic minutes off the bench for Melbourne throughout the season but proved she is not afraid of the big stage by knocking down two three’s in Game 1 of the Semi-Finals.

Her time spent with Melbourne will prove invaluable as Shelley prepares to head over to the US later this year to suit up for Oregon.

Thrilled to announce the signing of Jaz Shelley to a NLI!

The guard has been part of the Australian national team program for the last three years. #GoDucks pic.twitter.com/kV7JuF7OUj

The youngest of the three leading contenders for the award at just 18 years of age, Shelley has been spoken about as one of the bright young stars of Australian basketball since winning gold at the 2017 FIBA Under-17 World Championships.

With the Flames ravaged by injuries all season long, coach Cheryl Chambers was able to put some minutes into their younger players and see how they handled the pressure of playing at the top level.

21-year-old Maddie O’Hehir proved to be a bright spot for Sydney Uni, coming into the side after spending two years with the Flames’ development team, Sydney Uni Sparks. Featuring in 19 games for the season, O’Hehir showed enough at both ends of the floor that she is a player of the future for the Flames.