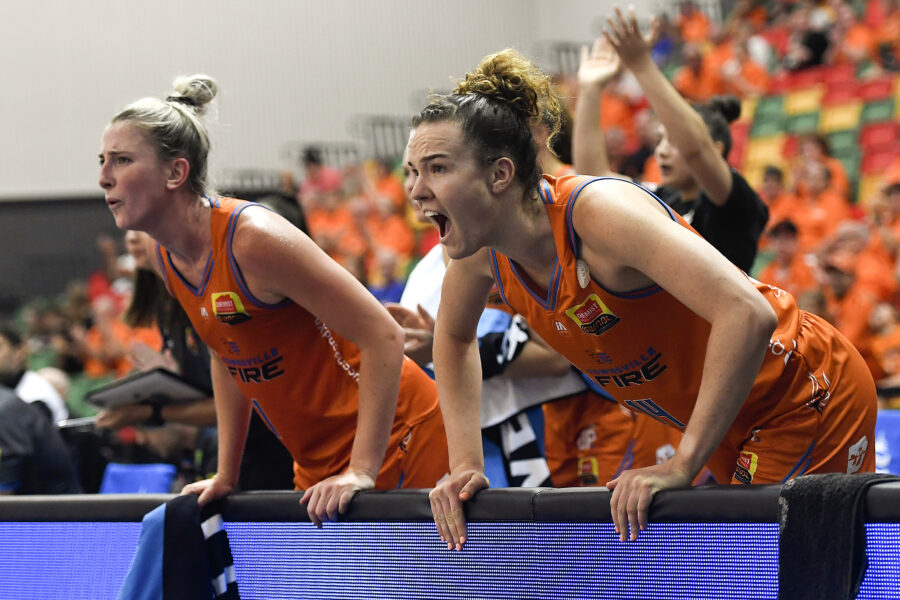 It may only be the 2020 Chemist Warehouse WNBL’s second round but JCU Townsville Fire coach Shannon Seebohm says he will treat each game as a “must win” in a bid to secure a finals berth.

The Fire looked like a playoff team when they went toe to toe with title favourites Jayco Southside Flyers on Thursday before Opals superstar Liz Cambage proved the difference.

Cambage had 31 points and 13 rebounds from just over 25 minutes of court time to inspire the Flyers’ 101-89 victory.

But Seebohm demanded more from his much-improved outfit spearheaded by Opal Lauren Nicholson after the loss relegated them to fifth spot with a 2-2 record, albeit with nine regular season games left.

Seebohm criticised the Fire’s defensive efforts against the star-studded Flyers and expected them to find another gear in order to earn a top four finals spot and become a championship threat.

That quest starts on Saturday against the Villawood Properties Bendigo Spirit at Townsville Stadium, followed by a clash against the Melbourne Boomers on Sunday at the same venue.

“We have to treat every game like a must win,” Seebohm said.

“It’s a short season. We need to come out with some greater ferocity and intensity.

“We need to be hungry every time we step out on to the floor.

“It doesn’t matter whether we are playing Liz Cambage or (Deakin Melbourne Boomers’) Cayla George or whoever it is – that’s what I expect us to do on Saturday and Sunday.”

Seebohm may not be happy but Cambage was certainly impressed by the Fire, especially Zitina Aokuso after a willing contest with the rising star on Thursday.

Aokuso finished with 12 points and seven rebounds off the bench as she continued to find her feet coming back from a serious knee injury.

“She’s strong, man. I know she is coming back from injury and it is going to take her a little time…but she can dunk – I have seen it,” Cambage said of Aokuso.

“I know she has a whole lot more to show. Wait until the end of the season, she will be ballin’.”

The Fire also look set to welcome back Nadeen Payne when they line up against Bendigo after the forward was rested against the Flyers.

But the Fire won’t have it all their own way against a Spirit outfit (0-4 record) keen to break their winning drought.

Bendigo showed promising signs in their tightest defeat yet, a last start 78-65 loss to Perth Lynx in Mackay on Wednesday.

Perth threatened a blow out when they led by 23 points at the final break before the Spirit launched a fourth quarter fightback led by inspirational vice-captain Carley Ernst (28 points, 10 rebounds).

“In my opinion it was one of her best games. She was a leader and composed for us during that game,” Spirit coach Tracy York said of Ernst.

“The way we played the last quarter…to come back from that deficit and be competitive…gave good belief in themselves.

“We would love to get a win. We have shown we can be competitive – we are working towards playing four solid quarters.”

Laine Clark is a freelance contributor for WNBL.com.au.