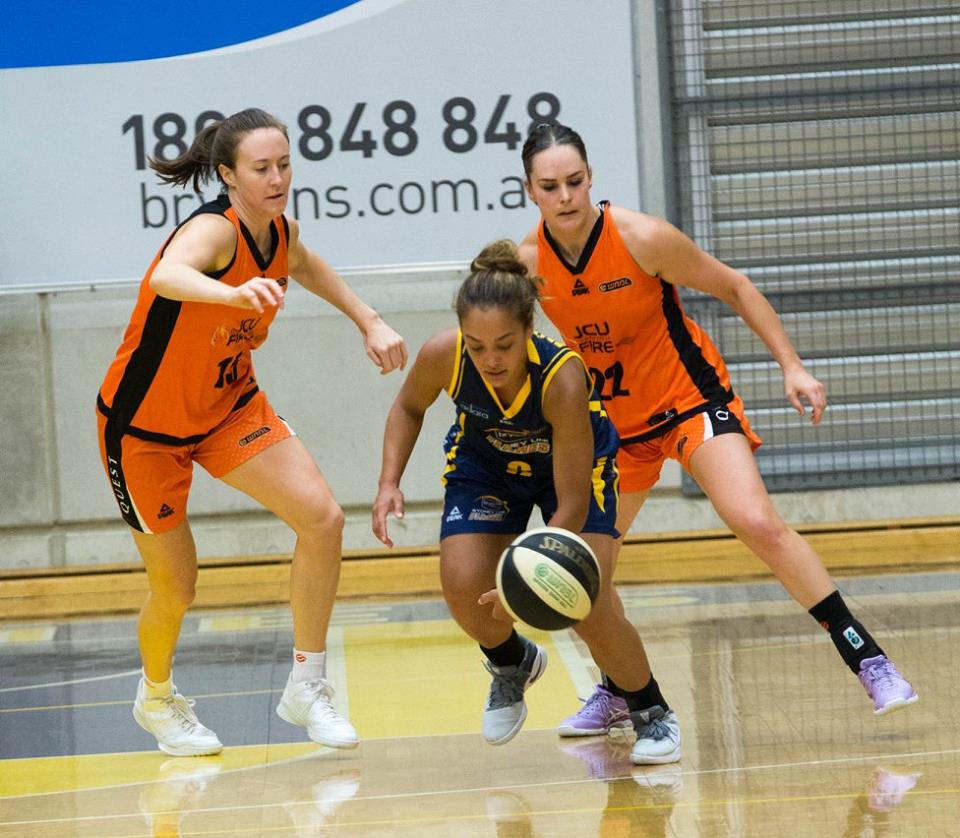 DEFENDING CHAMPS READY FOR THE FIGHT OF THEIR LIVES

The two-time reigning WNBL champions are not yet ready to hand back their crown.

Having played in four successive championship deciders, the JCU Townsville Fire, who trail the Sydney Uni Flames 0-1 in their best-of-three semi-final series, are intent on squaring the ledger tomorrow night.

Disappointed after last weekÕs showing, the Fire are hoping a return to Townsville Stadium will be the catalyst they need for victory, but must also focus on the defensive end.

ÒWe definitely need to change the way we defended them the other day,Ó championship winning forward Darcee Garbin said.

ÒWe didnÕt execute what we set out to do.

ÒThe video review was brutal. We watched all defence and we didnÕt look at any of the things we did well, but I think we needed it.

ÒIt was a bit of a reality check for everyone to have a look at what we did. I think everyone was guilty of some sort of mistakes so itÕs held us all accountable.Ó

The Fire and the Flames have fought out two thrillers at Townsville Stadium this season, with the hosts prevailing in overtime in game one before missing two free throws last month to lose by a solitary point in game two.

ÊÒThey had a big crowd in Sydney and they were definitely against us, but our home crowd is the best in the league so I think having a home game will help us,Ó Garbin said.

ÒWe won by 30-odd points against Canberra this year then we went down there and lost so maybe Sydney will come up here a little bit complacent, but weÕll definitely be a lot more prepared.Ó

The Fire host the Flames from 7pm on Friday night.