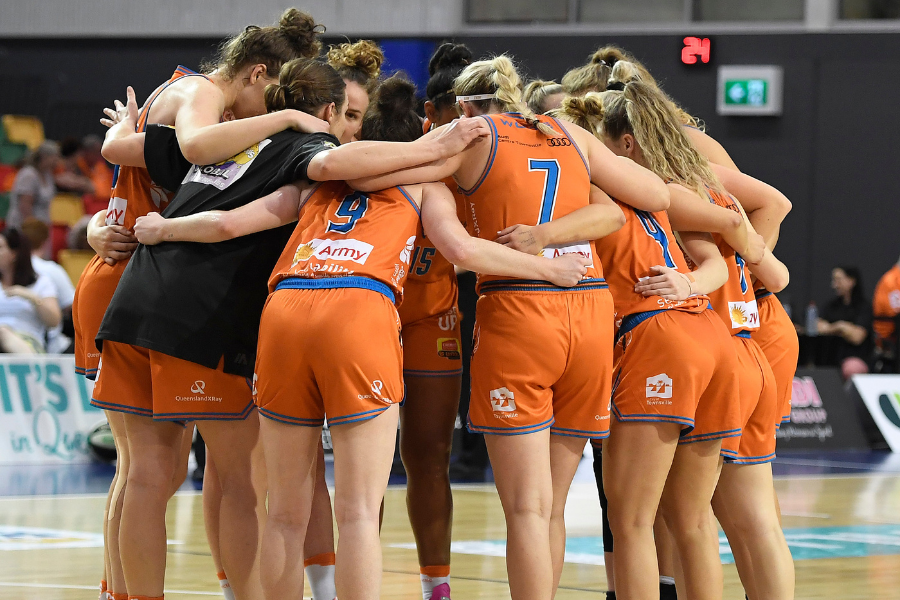 The JCU Townsville Fire are seeking a hot start in their Chemist Warehouse WNBL clash with the Adelaide Lightning under Friday night lights in Cairns.

The Fire are focused on a strong opening quarter in their penultimate game of the home-and-away season and guard Steph Reid believes it can set the tone for an important win.

Townsville currently sits in fourth place on the ladder with a 7-4 record having won three of their past five matches.

“Our main focus coming into the game against Adelaide is to make sure we start well, because we have had some poor starts coming off a few days off. We’ve prepared differently this week to make sure we come in and start the game strong,’’ Reid explained.

“We just need to play our game and do the little things right because when we play our game that’s when we beat the good teams. Adelaide are a good team so we will respect them and play tough the whole 40 minutes.”

It’s a defining round for the Fire who return to Townsville on Saturday ahead of a tantalising clash with the Deakin Melbourne Boomers on Sunday afternoon.

“Every win is really important especially given anything can happen in this season. We’re treating every game as a must win, regardless of the ladder, and especially against Adelaide we need a good win so we can carry that into another must-win game on Sunday against Melbourne,’’ Reid added.

The fifth-on-the-ladder Lightning are coming off a 69-59 win over the Villawood Properties Bendigo Spirit on Wednesday night.

The Lightning can still make the finals should they win their remaining games and other results fall their way. Guard Abigail Wehrung says her side is just focused on controlling what they can control.

“We came out of quarantine and had a few tough games and didn’t play how we wanted to, but we’ve had a win now and to still have our finals chances alive is really motivating. We’ll be fired up for Townsville,’’ she said.

“We struggled with our start against Bendigo. To grind it out and get a win on the board was nice but the start is crucial against Townsville.”