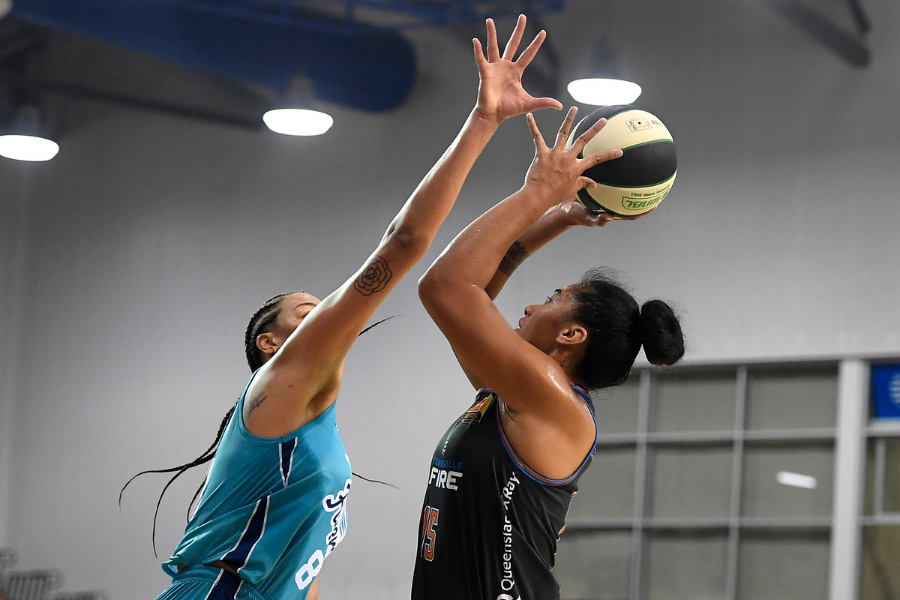 Fire to put heat on Cambage in semi

Southside won their regular season clashes by margins of 12 and 24 points, though Fire star Lauren Nicholson left the latter game early because of injury.

Chemist Warehouse Opals and Flyers superstar Cambage was a major factor in both games.

In the first, she racked up 31 points at 68 per cent from the field and Sheffield and added 14 boards and six blocks in just under 26 minutes, in the Flyer’s 101-89 win in Townsville.

“Then in the second game, Lauren, who is our best player, got hurt in the first quarter so that kind of threw us.

“But ultimately, we just need to do a better job on Liz.

“They just destroyed us defensively and then we became really out of sorts on the offensive end.

“I think our aim is if we can get Liz a bit uncomfortable and a bit uneasy, it’s kind of contagious for Southside.

“If we start strong on Liz and we can put her a little bit out of sorts that it will get throughout the team, and the rest of the team will be little bit more uncomfortable.”

While Cambage is a massive low post threat Flyers’ coach Cheryl Chambers is looking to utilise other offensive threats.

“We’ve got a big presence inside with Liz, so being smart with that and not overdoing it,” Chambers said.

“Making sure that we let her help other people get free as well and let them get some shots, which has happened pretty naturally I must say.

“She’s a pretty good passer out of the post as well, so it’s just a matter of us being together and united both ends of the floor.”

Chambers confirmed captain Jenna O’Hea would miss Wednesday’s game with a knee issue and was unlikely to be available for future finals games, though the medical staff would make the final call.

Teams finishing top can normally expect to play a first final at home, but with the season being conducted in North Queensland, Southside will be the away side at Townsville Stadium.

“We need to be really clever about this game,” Chambers said.

“Following a game plan and there will be ebbs and flows without a doubt.

“Everything won’t go our way and often a crowd can bring a whole lot of different stuff, so we’re just going to need to be able to hang together and stay together whatever we face.“