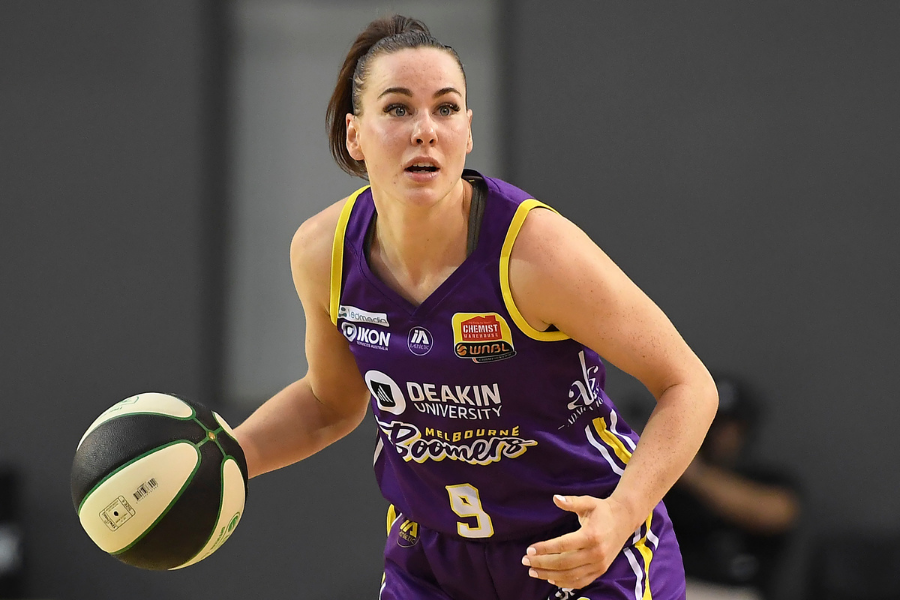 The JCU Townsville Fire are on high alert as they prepare for their former star Tess Madgen’s return from injury in Sunday’s 2020 Chemist Warehouse WNBL clash with Deakin Melbourne Boomers.

Opals guard Madgen has missed the Boomers’ last two games with an ankle complaint but is a strong chance to line up against her former outfit at Townsville Stadium after training on Saturday.

The Boomers will make a final decision on Madgen’s availability on Sunday.

“She’s likely to return. We will wait to see overnight how her ankle responds,” Boomers coach Guy Molloy said.

“If the inflammation and swelling is not too bad, she will be right to go.”

But Fire assistant coach Luke Brennan said Townsville were preparing for Madgen to not only play but be at her best against her ex-club.

Madgen returned to the Boomers in 2020 after playing the last couple of seasons with the Fire.

She has made an immediate impact, boasting the league’s second highest point scoring average (23.5).

“We will prepare as if she is playing,” Brennan said.

“Tess will want to give it to us knowing the competitor that she is, and she had been shooting the lights out (before her injury).

“We will have to get the team up for it, but I am sure that won’t be too hard.”

Brennan said the Fire were also wary of taking on a Boomers outfit still smarting from their season’s first loss.

Melbourne set the early benchmark with three straight wins – including an upset over title favourites Jayco Southside Flyers – before crashing to a last start 67-50 loss to two-time defending champions, UC Capitals in Mackay on Wednesday.

The Boomers had a disappointing 33 per cent field goal percentage and shot 0-16 from three-point range as the Capitals’ rookie sensation Jade Melbourne cut loose to seal the win for the champs.

“I think we came out and had the wrong attitude to guarding Canberra in the first quarter…and didn’t give any respect to Jade Melbourne and she made us pay,” Molloy said.

“We came out with a mindset that is nothing near how we want to play.

“We need to get back to playing Boomers basketball as soon as we can.”

Brennan predicted the second placed Boomers would bounce back to their best on Sunday.

But he liked what he saw from the new-look Fire this season and backed them to be up to the challenge.

The Fire were placed fifth with a 2-2 record ahead of Saturday’s home clash with last placed, win-less Villawood Properties Bendigo Spirit before taking on the Boomers.

Hosts the Fire looked like top four material when they went toe to toe with the star-studded Flyers on Thursday before Opals superstar Liz Cambage proved the difference in the 101-89 win for the visitors.

“We like to think we are a top four side. We feel like we can take it to anybody,” Brennan said.