The JCU Townsville FireÕs 727-day reign as WNBL champions is officially over after bowing out in the semi-finals at the hands of the Sydney Uni Flames.

Needing to win tonight to force a game three, the Fire produced a much more characteristic performance, but were still on the wrong side of a 61-76 result. 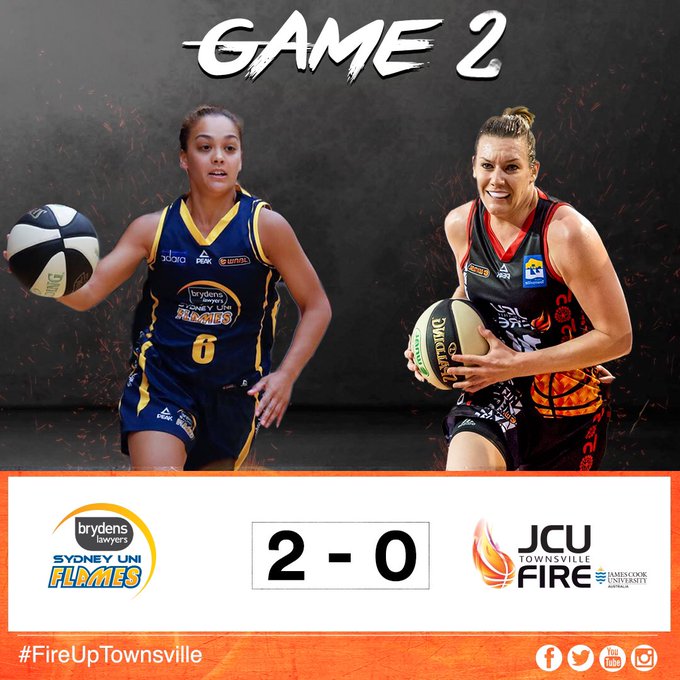 Mia Murray top-scored for the Fire with 16 points, while skipper Suzy Batkovic was named the First Things First MVP after finishing with 14 points and 17 rebounds before fouling out late in the game.

ÒWe wanted it so badly Ð and youÕre invested in this team Ð you seeing them doing the work at training and practicing every day to get better.

ÒWe desperately wanted to defend our title, but it wasnÕt to be.Ó

Just like game one, the Fire made a sluggish start as they failed to create scoreboard pressure.

A Belinda Snell long bomb on the quarter-time buzzer handed the Flames a eight-point ascendancy which stretched to 13 at the main change.

Unlike last week, the Fire came out rolling in the third term and slashed the deficit to just four points before the Flames drew away to double the margin to eight at the final change.

With Townsville Stadium on the feet, hopes of a home-town win were rife but the Fire could not secure the rub of the green.

Following the departure of Batkovic, the two-time reigning champs were forced to foul down the stretch but it was all in vein as the Flames secured a 15-point win.

They will host the winner of Dandenong and PerthÕs game on Sunday in the Grand Final series.

Click here to read full box scores of the Fire and the Flames.