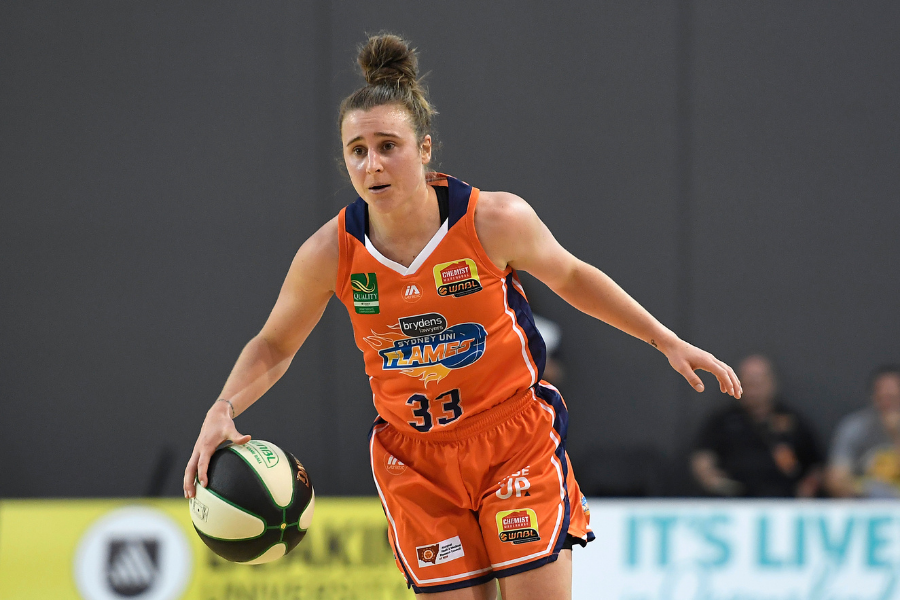 FLYERS WARY OF BEING BURNT BY FLAMES

The spotlight may be on 2020 Chemist Warehouse WNBL favourites Jayco Southside Flyers but their coach Cheryl Chambers is wary of being upstaged by championship “dark horse” Brydens Sydney Uni Flames on Sunday.

Led by Opals gun Liz Cambage, a star-studded Flyers outfit have made the league sit up and take notice after last season’s runners-up showed why they are already touted as the team to beat in their season opener.

They overpowered a fiesty Villawood Properties Bendigo Spirit by 42 points on Thursday night, setting up a blockbuster showdown with an equally impressive Deakin Melbourne Boomers in Townsville on Saturday.

The Flyers will again be favourites when they back up against the Flames at Townsville Stadium on Sunday.

But Chambers was not taking anything for granted, saying the Flyers were preparing for a Flames ambush.

“They could be a (championship) dark horse because they are a pretty new team. They have come under the radar,” Chambers said.

“Their back court is really tough and they have some real offensive weapons.

“I think they will surprise a few teams, get up and under and be really disruptive.

“When you haven’t had a lot of game time those things can cause you a lot of problems – they will certainly be a challenge.”

They have loaded up with impressive recruits including ex-Opal Lauren Mansfield and fellow former Perth Lynx star, reigning WNBL sixth woman of the year Alison Schwagmeyer-Belger.

There is also a buzz around exceptional long range shooter, guard Funda Nakkasoglu, who returns to the WNBL after time in the US college system and the Turkish league where she is a member of the country’s national squad.

Another injection is ex-Flyers gun Kiera Rowe who will line up against her former team on Sunday.

The Flames threatened to start the season with a boilover, getting the early jump on the Boomers on Thursday night before falling by 15 points.

After taking on the Spirit on Saturday, the Flames arguably face their greatest challenge barely 24 hours later.

They will back up on Sunday against a Flyers outfit that have added the likes of Cambage, Stephanie Blicavs, Rachel Jarry and Monique Conti to a line-up that already boasted national captain Jenna O’Hea and fellow Opal Leilani Mitchell.

But Rowe was confident the hard working Flames would revel in the competition’s hectic six week schedule held in a north Queensland hub and surprise many.

“It’s going to be a pretty full-on season…but it’s exciting to be able to play so many games in such a short period,” Rowe said.

“Everyone has got similar schedules and tough turnarounds. I think everyone is in the same boat.

“Our team is so hard working, dedicated and passionate. For a team like us that (tough schedule) can really help us.

“Hopefully we get out there and get the job done.”