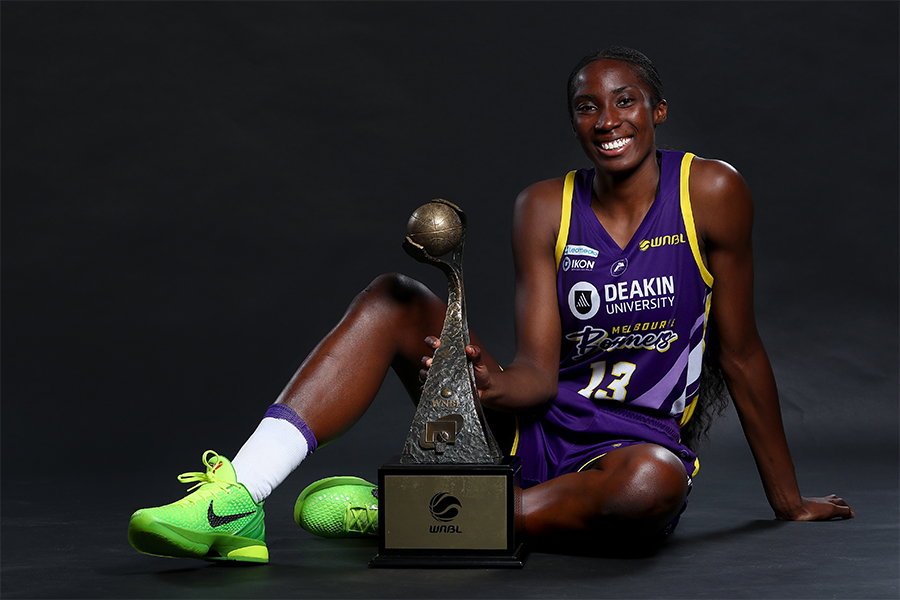 The WNBL has wrapped up the first two weeks of Free Agency, where we learned which athletes had been signed by their existing Clubs, who was on the market, and any new signings.

Great news for the Lightning and the WNBL was not seeing Steph Talbot’s name on the free agency list, meaning she will go around for another season with Adelaide.

The biggest name from last season still on the free agency list is Alanna Smith, who scored a contract with the Indiana Fever in the WNBA this season, and is playing some good minutes. Will the Lightning be able to keep one of the most exciting young talents in Australian basketball?

21-22 WNBL MVP, Anneli Maley, will again play for the Bendigo Spirit in the upcoming season, which is the second year of her two-year contract. Joining her will be New Zealand international Mary Goulding.

Maley recently made her WNBA debut with the Chicago Sky, which will no doubt even further develop the rising star.

Off the back of their Championship winning season, the Boomers have Opals stars Cayla George and Tess Madgen already secured for the season ahead.

Prior to the free agency period, they also contracted young guns Lily Scanlon and Louise Brown, and New Zealand Player of the Year for the second consecutive year, Penina Davidson.

Lauren Hippolite will again join the Boomers as a development player for the upcoming season.

In probably the biggest news of the last week, after four seasons at the Boomers, Ezi Magbegor announced she would be heading to Europe over the summer. Teammate Lindsay Allen will also be moving on, creating a couple of very big holes in the Boomers’ starting lineup.

While the Flyers lost their captain and leader, Jenna O’Hea, to retirement at the end of the season, they managed to retain much of their core to go around again.

The biggest free agent currently unsigned from the Flyers camp is arguably Kristy Wallace, who is not only playing but starting in the WNBA this season for the Atlanta Dream. Will Wallace be back in the WNBL next season or will she too head to Europe?

The Fire has a strong Australian contingent already locked for the season ahead.

Lauren Nicholson, Zitina Aukoso, Steph Reid, Courtney Woods and Lara McSpadden were all contracted by the Fire before the free agency period commenced.

The biggest question surrounding the Fire is will veterans Mia Murray and Micaela Cocks go around again?

Falling agonisingly short in the 21-22 WNBL Grand Final will see Perth hungry for redemption in the season ahead.

However, plenty of work is still being done on their roster, with only two signatures leading into free agency.

Excitingly one of those is the Australian captain and all-round superstar Sami Whitcomb, which will no doubt attract some more talent to the program.

It was the start of a re-build for the Flames in 21-22 with new ownership, a new coach and a new roster.

Excitingly the core of the group has been retained for the season ahead, with Opals Shyla Heal and Keely Froling signed, joined by New Zealand Tall Fern Captain Kalani Purcell, and Kiera Rowe.

Sydney had a rotating door of imports in the 21-22 season, so will no doubt be looking for some stability in that space moving forward.

The University of Canberra Capitals were light on leading into the free agency period, with just three athletes contracted for 22-23.

The good news is all three are rising stars of Australian basketball, in Jade Melbourne, Shaneice Swain and Gemma Potter.

In the first week of free agency the Caps also announced that they had resigned Tahlea Tupea.

Superstar Kelsey Griffin remains on the free-agency list, as does 400-gamer Kelly Wilson.

Joining Jenna O’Hea was Izzy Wright who announced her retirement at the end of the WNBL Finals. Izzy has had a fantastic WNBL career, being a member of the Perth Lynx, Logan Thunder and Championship-winning Melbourne Boomers.

Both of these long-time WNBL athletes will be greatly missed, but we wish them all the very best in their future endeavours.