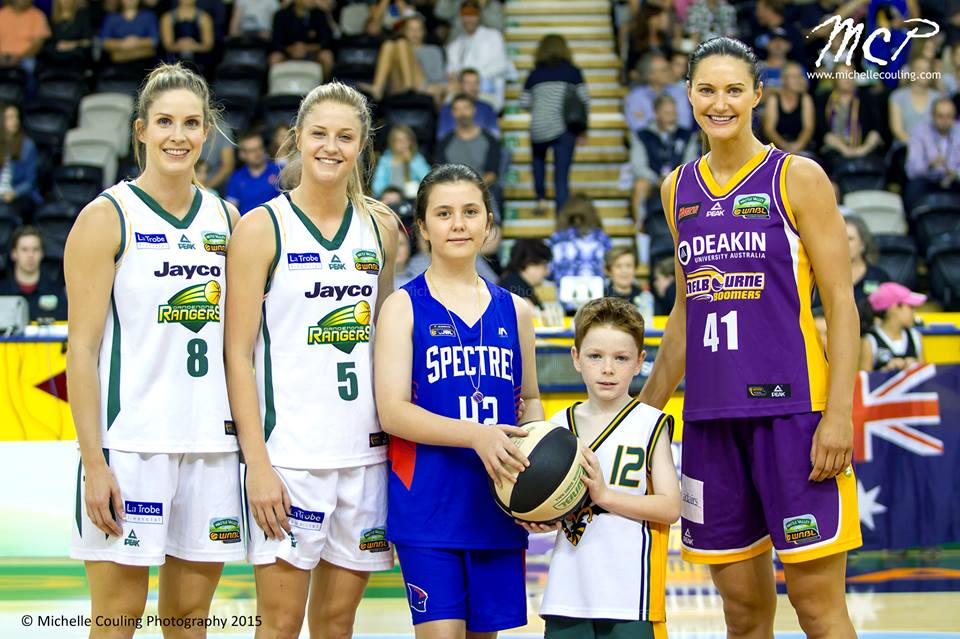 Junior basketballers wearing their club uniform will get free entry to the WNBL Australia Day Eve match at the State Basketball Centre this Wednesday night Ð and an opportunity to celebrate girlsÊand women in sport.

Last yearÕs inaugural Australia Day Eve fixture attracted the seasonÕs largest audience of almost 2500, a record organisers are hoping to top when the Deakin Melbourne Boomers take on the Dandenong Rangers in what has been dubbed ÒAusDayEve 2Ó.

Basketball Victoria is partnering the event, with free ticketsÊavailable at the door to boys and girls aged 17 or under wearing their own basketball club or team colours.

Melbourne Boomers General Manager, Justin Nelson, said the event was a prime opportunity for clubs, teams and families to enjoy the excitement and inspiration that comes with watching professionals on court.

ÒThe pace and standard of play is just terrific, and kids can meet the players after the match, get autographs and have photos taken. ThereÕll also be activities and competition for kids to participate in during the breaks. ItÕll be a lot of fun,Ó he said.

ÒWe saw so many junior clubs represented in the stands last year. The chance for children to wear their own club or team uniform and gain free entry was popular. I think everyone was pleased to see the basketball community come together in such a positive way for womenÕs basketball, and as a family outing itÕs very affordable and entertaining.

ÒAustralia Day Eve matches have the potential to become an annual marquee event for the WNBL, and thereÕs nowhere better to hold them than in Melbourne, AustraliaÕs basketball heartland.

ÒThe feedback from all the players last year was also overwhelming Ð it was a real buzz for them to play in front of such a big crowd.Ó

According to the Australian Bureau of Statistics, Victoria accounts for about half of basketballÕs total registered players in Australia with as many as nearly 40 per cent being girls and women in some regions.

TICKETS: At the door or pre-purchase HERE.