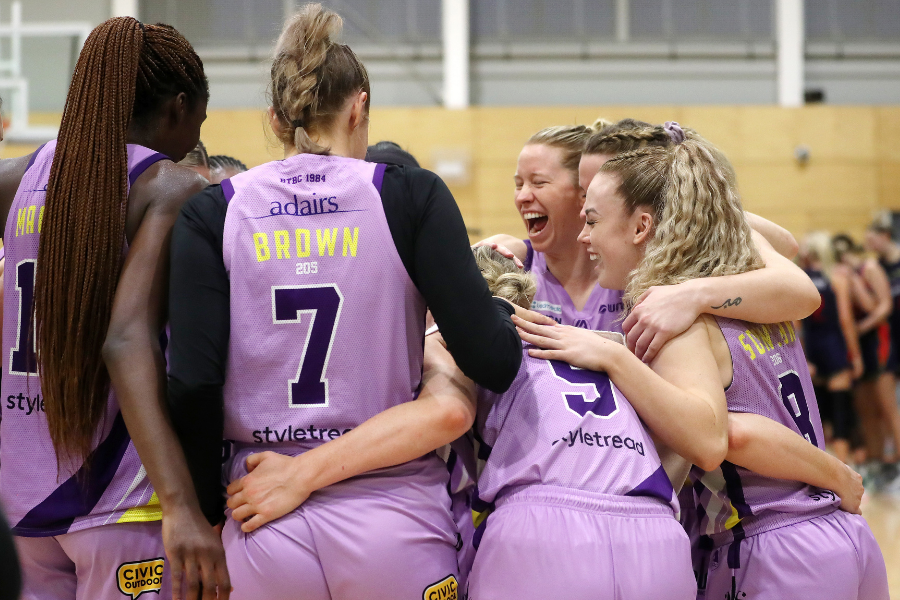 From heartache to champions, look back at the Boomers’ GF history.

WITH Melbourne Boomers the first team to win through to the 2021-22 WNBL championship decider, and now waiting to learn their opponent, Megan Hustwaite takes a look at the Boomers’ Grand Final history.

First established in 1984, the Boomers would have to wait nearly three decades for their first taste of championship success.

Despite finals appearances sprinkled through the 1990s and early 2000s, the Boomers made their first Grand Final in 2008-09 under long-time coach Cheryl Chambers (current coach of the Southside Flyers).

The Boomers contested the decider without star Shelley Hammonds who had ruptured her ACL during the home-and-away campaign.

It was heartbreak in the nation’s capital for the Boomers who trailed by three points with seconds to go when dual league MVP Katrina Hibbert’s attempt to level the scores rimmed out. The rebound was grabbed by Canberra captain Kellie Abrams and her side prevailed, 61-58.

The Boomers and Caps would meet again in the 2009-10 Grand Final but there were some key differences on the final day of the season.

With master coach Tom Maher now at the helm, the Boomers lost just one game during the regular season and hosted Canberra at Parkville on the Labour Day long weekend. A freak Melbourne storm caused flooding at the stadium and added to the drama.

On court, it was the master and the apprentice going head-to-head in a salivating match-up with Opals World Cup champion and triple Olympian Lauren Jackson back for her beloved Caps and teen sensation Liz Cambage dominating for the Boomers.

The experience of Jackson and her Caps came to the fore, winning 75-50. It was elation for the Caps and devastation for the Boomers for a second straight year.

The tables were turned in 2010-11 and history was made when the Boomers claimed their first-ever championship. Victory was even sweeter, after consecutive Grand-Final losses to the Caps this time the 103-78 result favoured the Boomers.

In her final WNBL game, veteran point guard Sharin Milner played the game of her life sinking 27 points to sink the Caps.

While the championship signalled the fairytale ending Milner and her co-captain Desi Glaubitz, Kylie Reid, Shelley Hammonds and Anna Crosswhite deserved it was just the beginning for the likes of Cambage, Jenna O’Hea and Rachel Jarry who would all go on to represent Australia, and win medals, at Olympic Games in the years to follow.

Rivalries don’t come any bigger than cross-town arch enemies and Parkville was full to the brim as the Boomers attempted to go back-to-back in 2011-12 against the Dandenong Rangers.

The Boomers advanced to the decider after knocking off the talent-laden Lightning in Adelaide in the major semi-final while the Rangers were riding a wave of momentum.

Dandenong returned from the Christmas break desperately needing to win games to keep its season alive and the Rangers would go on a run which would extend right through to the Grand Final and a 90-74 victory.

Jenna O’Hea was celebrating in the blue and gold 12 months earlier but on this March Sunday afternoon she teamed up with her best friend, and Rachael Sporn Medallist, Kathleen Macleod to win Dandenong its third title, 94-70.

Liz Cambage and Jenna O’Hea were part of previous Boomers Grand Finals and years later would team up again in 2017-18.

Now the Melbourne Boomers, wearing a purple strip and playing out of the State Basketball Centre, the pair were Boomers once again and played huge roles in guiding the side to what was now a best-of-three Grand Final series.

The series was introduced the previous season, with Townsville sweeping Perth 2-0, but the Boomers and Fire would play out a thrilling series that would go the distance.

The heavyweight battle between Suzy Batkovic, who had just claimed her sixth league MVP award, and superstar Cambage a major drawcard.

The Fire drew first blood on their home floor, 69-64, before the series headed to Melbourne.

The Boomers would level the series and send it to a deciding game three, with a heart-stopping 58-57 victory.

But back in Townsville, Batkovic and the Fire bounced back riding the home crowd energy to a 70-57 win.

The Boomers may not yet know their opponent or when they’ll host the opening game of this season’s championship series but one thing is for sure, it’s set to be as memorable as its previous Grand Final forays.