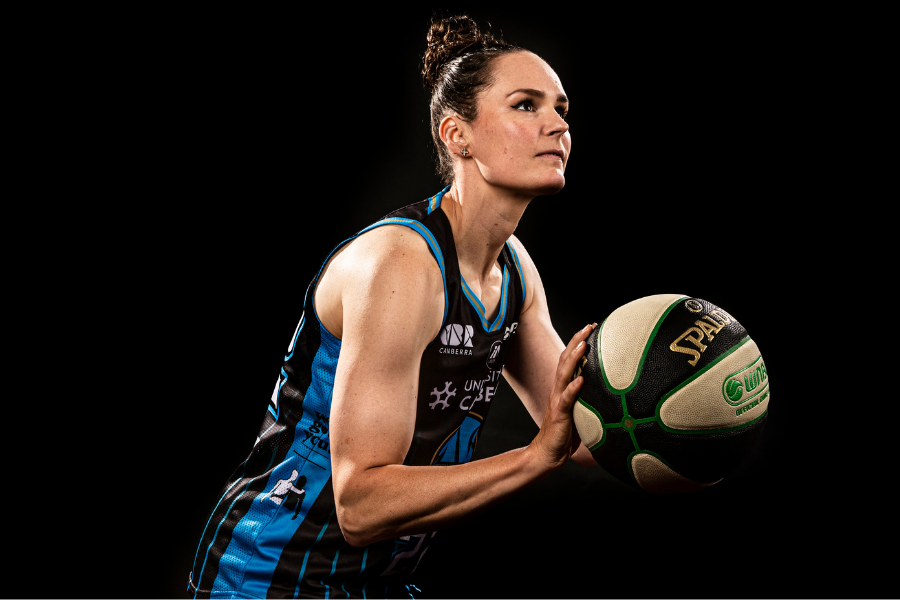 WHEN it comes to basketball, Kelsey Griffin has the ability to cast a magical spell over championship teammate Kelly Wilson.

The pair played in back-to-back titles with the Bendigo Spirit and when Griffin later moved to Canberra, she convinced Wilson to also join the UC Caps.

They would add a third WNBL championship to their CVs in 2018-19.

Fast forward to 2021 and Wilson, the WNBL games record holder, is returning to the court after welcoming her first child, a son Teddy, in February.

And yet again, Griffin had an impact.

“Of course, she did,” Wilson laughs.

“Kels has this power over me where she and (wife) Erin just plant the seed and I always take it.

“It’s a huge part of why I’m back here (in Canberra) again, I love playing with Kels. I enjoy playing basketball when I’m playing with her.”

Wilson was taking it easy after having Ted but it was an invitation to come down to Bendigo Braves NBL1 training, from coach Mark Alabakov, that sparked a comeback.

“I waited until I felt ready to go, there’s a fair of rehab and stuff that needs to be done after having a baby,” she says.

“I joined in training and started enjoying myself and played a few NBL1 games.

“I’d spoken to Goz (UC Caps coach Paul Goriss) earlier on and just kind of said I wasn’t in the position to make a decision yet but I’d get back to him if I started to feel like I want to play again.

“I really enjoyed watching it as a spectator and fan because I was in absolutely no physical shape to be able to compete. It was great because there were so many games to watch.

“I did get that motivation from the likes of Steph Blicavs, Mia Murray, Kayla Steindl and Ash Karaitiana and who knows, maybe I can be that for someone else.

“That would be quite rewarding.”

Currently in the thick of pre-season, Wilson says she has a new appreciation for being able to play and be back in a team environment again.

And while she reunites with a fellow veteran in Griffin, she will also play alongside one of the sport’s rising stars, 19-year-old Jade Melbourne.

“I think she’s going to surprise a few people this season as well. She’s a Traralgon kid and I’m from Leongatha, we’ve got to stick together us Gippsland kids.”

The UC Capitals launch their 2021-22 WNBL campaign on Sunday, December 5 when they head to Sydney to play the Flames.