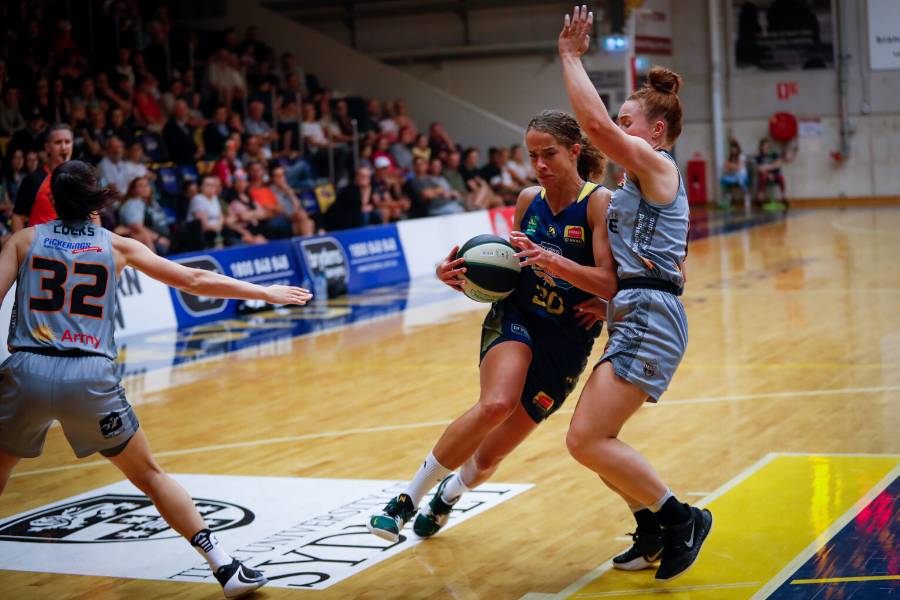 The Townsville Fire continued their stunning resurgence with a furious fourth-quarter run sealing their second win for the round after releasing former MVP Abby Bishop, triumphing 83-76 against the Sydney Uni Flames at Brydens Stadium.

Another polished display of 1-on-1 scoring from the Flames’ Alice Kunek (30 points) and a Lauren Scherf double-double (16 points, 10 rebounds) could not overcome a stirring all-round display from Shannon Seebohm’s charges.

In what could be another devastating blow for the home side, Kunek left the game late with an apparent elbow injury.

The fourth quarter had been delicately balanced before Darcee Garbin found Tess Madgen for a 3-pointer that gave the visitors a 6-point margin with less than 90 seconds in the game.

The former Opals big was instrumental down the stretch, with half of her 18 points coming in the final quarter.

Earlier, the teams had gone bucket for frantic bucket in a scrappy first term, but a hot streak from Kunek was the catalyst for the Flames pulling away in the second quarter. The star forward hit tough mid-range shots and finished well through contact on her way to 17 by half-time.

However, Fire closed the gap early in the third term with a 10-3 run, prompting a frustrated Sydney Uni Flames coach Hibbert to call a time-out. A spectacular steal and score from Michaela Cocks straight after the break narrowed the lead further, while shots started dropping for Cocks in the third term. The dogged Fire captain added 9 points in the quarter to help the Fire draw level and set up what was ultimately a tense finale.

The home side also celebrated a milestone at Brydens Stadium with Shanae Greaves reaching 150 games. The imposing big has built a career focusing around some of basketball’s most thankless tasks, setting brutal screens, boxing out and bodying up in the low post.

Nevertheless, it was the Fire who took home the chocolates, and speaking after the game, Fire coach Shannon Seebohm was keen to solidify and build on his team’s recent form.

“We now have an opportunity to play some of those teams that have beaten us,” he said.

“We just want to keep getting better every week and game by game… I feel like with our style of play we’re starting to click more and more.”

“In the first half, we exploited their lack of height inside and she was in foul trouble early,” Hibbert said.

“But we didn’t adjust well with our defensive schemes to her pick and popping and she got into the game with those three pointers [Garbin went 4/5 from three]… They were able to play smart basketball and start getting her the ball in the low block.

“She exploited us in that [fourth quarter]. She’s a quality basketball player.”

Townsville Fire have a road double ahead of them as they try to build on their sudden reversal of fortunes, facing Adelaide Lightning (10-7) and Perth Lynx (5-10).