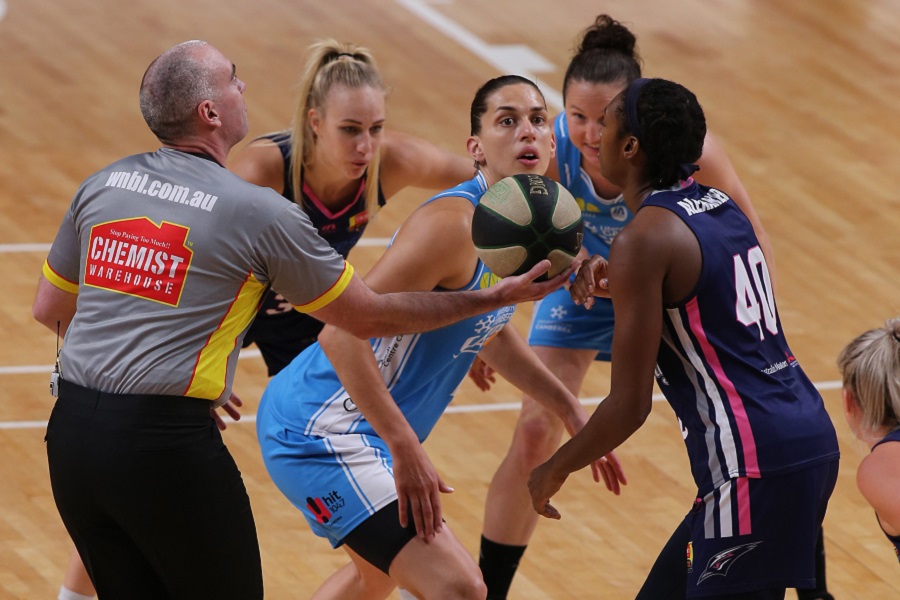 A last gasp game-winner from Nicole Seekamp sent the Grand Final series to a deciding Game 3, as her turnaround jumper bobbled around the ring before dropping to send the 3,700 strong crowd into raptures.

What a moment last night! Re-live @NicoleSeekamp35's game winner for @AdelLightning in Game 2 of the 2018/19 Grand Final series!

Game 3 will be hosted by @UCCapitals on Saturday evening at 5pm local time! #WNBL19Finals pic.twitter.com/gA6ovSlVGv

The UC Capitals threatened to pull away on multiple occasions during the contest but the Lightning kept coming with Seekamp and Nia Coffey leading the way for Chris Lucas’ team.

Kelsey Griffin was outstanding for the Capitals pulling down a season-high 23 rebounds to go along with 24 points. However, her influence was curbed in the final quarter after she received an errant knock to the face while fatigue may have played a factor as well.

Kia Nurse began the game with a flurry of three’s before she cooled off, shooting 6-16 from the field overall.

If there is a silver lining for the Capitals after their frustrating loss in Game 2, it’s that they get one more chance to play in front of a high energy, sell-out crowd at the AIS Arena.

Game 1 in Canberra had an electric atmosphere as Kia Nurse and Leilani Mitchell had the place rocking by knocking down three after three. They prevailed in that clash by 21 points and after losing on Wednesday night by just one, the Caps will also take confidence they can get the job done at home.

Meanwhile, the Lightning will be looking to complete their comeback story. Having shown a steely resolve in the second half of the season, the Lightning have now overcome a 0-1 deficit in the Grand Final series to keep their fairytale finish alive.

Kayla Alexander and Seekamp showcased the necessary improvement required to help Adelaide over the line in Game 2 with Alexander’s defence on Marianna Tolo crucial while she also hit a lay-up inside the final minute before Seekamp’s game-winner.

-Since the start of December, the UC Capitals have only lost to the Adelaide Lightning, with the Lightning having beaten the Capitals three times in that time span.

–Nia Coffey is averaging four blocks per game in the Grand Final series and had more than her fair share of highlights.

-The UC Capitals hit nine three’s in both Game 1 and Game 2 but have not lost a game this season when they hit 10 or more.

The UC Capitals are 11-1 at home this season and they loom as an ominous opponent for the travelling Lightning. Playing in front of a 5,000-strong crowd, the Capitals will have a massive audience behind them and if the three’s start dropping, the roof of the AIS Arena may lift off.

Adelaide are riding a wave of momentum from Wednesday night though and three victories over the Caps in 2018/19 will add to their confidence.

Coffey and Alexander loom as the difference-makers with their defence crucial to holding the Caps below their season average while Seekamp and Lauren Nicholson must also put in another harassing performance on the perimeter to shake the home team out of their comfort zone.

Can Lightning strike twice or will the Caps claim their eighth Championship?