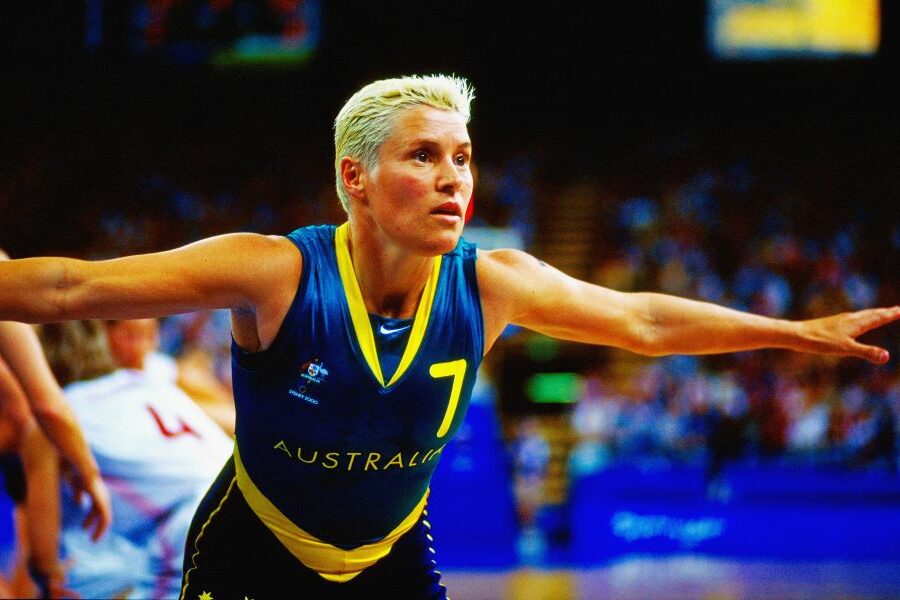 How the WNBL has underpinned the success of the Australian Opals

By Hayley Wildes from The Pick and Roll

The Australian Opals have a long history of success, and words that come to mind when you think of the program’s history: dedication, pride and achievement. Throughout the years, the Opals have beaten the odds and competed against the best teams in the world on the biggest stages in the world.

The success that the Opals have enjoyed would not have been possible without the WNBL. Simply put, without the WNBL, the storied history of the Opals would be very different. Today, the WNBL remains just as important – all 12 players selected to represent Australia at the upcoming FIBA Women’s World Cup in Sydney have played in the WNBL throughout their respective careers, and eight will suit up in the WNBL’s 2022/23 season.

Generating belief and taking on the world

Tom Maher, Australia’s greatest ever basketball coach, was at the forefront of taking Australian women’s basketball to the next level in the early 1990s as the Opals began to really compete against the powerhouse countries. Having coached in the WNBL for years before taking over as the national coach, he knew the exceptional talent that was in the league.

For Maher, it was all about getting those players to believe in themselves, and eventually the Opals won Australia’s first ever Olympic basketball medal at the Atlanta Games in 1996.

“The WNBL was a good league and I think what I did was I had a high opinion of the players,” Maher shared with The Pick and Roll in a recent chat. “I thought we had a team that could play against the likes of Czech Slovakia, Yugoslavia and the Soviet Union, who were all extra strong teams. Even when they broke up, the Ukraine team had three Soviet Union starters, so they were strong too.

“I don’t think our players believed they could beat them, but I just had a high level of respect for our players and realised defensively that we could do better and that kind of made the extra 1% I suppose.

“The thing that I remember most about that time is the hierarchy of teams and we were sort of in the second or third division. We played France in a practice match before the 1994 World Championships and they went into the game thinking that we would just do our duty and lose. Well, we got after them, and it just became a war.

“I was aware of the fact that we weren’t supposed to be so competitive, and it just broke out. That’s what I remember about the perception at the time; those teams thinking it was already hard enough to win games, they didn’t need us to come and be a contender too.” The inception of the WNBL

When the WNBL was founded in 1981, Maher knew the level of competition would be great. In his third season with the Nunawading Spectres, in 1983, they became WNBL champions and he speaks fondly of those times.

“It was magic,” he said. “Just the whole realisation that we had got something good going on there. In those days, you’d fly into Adelaide on the Friday night and play Friday night, Saturday night and Sunday lunchtime and then come home.

“It was hard to win all three, and I remember once we won three and we were going back home and I had the realisation that we’ve got a shot at this, we’re pretty good. It was all learning, learning how to be a champion team and maintain the level required.”

Coaching development in the WNBL

Whilst the WNBL has been key to developing the Opals’ very best players, Maher also credits the league for advancing his coaching career.

“It was a huge opportunity for me to coach elite people and it was an opportunity to coach people who may not have been elite athletes but were solid soldiers,” he said. “A lot of coaches go their whole career and don’t get to work with an elite athlete, so it gave me a chance to do that and get a great basketball education. I was mindful to try to learn from it, to not miss the opportunity to get something out of it and I was very conscious of self-development.”

The Opals’ tradition of hard work and fighting until the very end, quickly became well known around the globe. It didn’t take long for European teams to figure out that they were better for having Australian players on their squad. Many of the WNBL’s brightest stars played in Europe in the Australian offseason in the 1980s and made a name for themselves.

“In those days you could play in Europe and in Australia, but it was only in the 80s when that came about,” he said. “Michele Timms went to a German club and she was such a great example of being a professional and person – and at that time a few European clubs had been having issues with some of the USA imports – and they said ‘let’s get some Australians’.

“Players like Shelley Gorman and Sandy Brondello went over, and they built the reputation for the brand and then came back home to play in the WNBL.” Sandy Brondello in action for the Opals in 2000. Image credit: Getty Images

Looking at today’s WNBL stars, the fact remains the same that they are world class athletes and will have huge roles to play for the Opals in Sydney. The likes of Anneli Maley, Sami Whitcomb, Steph Talbot, Kristy Wallace and Cayla George will fly the flag for Australia at the World Cup and then suit up in the WNBL when the season gets underway in November.

And of course, the return of Lauren Jackson is one of the great feel-good stories in world sport this year. The GOAT of Australian basketball has nothing left to prove, but her love for the game and desire to drive the Opals forward has brought her back. Fans – at the World Cup and during the WNBL season – are the real winners as they get the chance to revel in her greatness all over again.

Maher – who coached Jackson for many years – spoke about her return to the Opals.

“It’s a nobrainer,” he said. “She retired because she was broken and now she’s healthy enough. She wasn’t someone who was just a star, it’s like saying Donald Bradman was a star. Well, he was more than that, he was the greatest player. For her to come back, it was just a matter of her being healthy and putting her body through the preparation. She’s lost a bit of agility but I’m sure she will be a terrific player.”

For many, pinpointing Jackson’s greatest attribute is difficult to do, but for Maher, it was her ability to play her best when her team needed it most.

“She was unstoppable, just unstoppable in finals. The thing is that she can catch anything, she’s the greatest catcher I’ve ever seen and people never turned it over throwing it to her because she would catch it no matter where it was – she’d turn a bad pass into an assist all the time.”

When asked who his favourite current WNBL players are, Maher highlighted a few names.

“I like Lauren Nicholson – she’s my sort of player and she reminds me a lot of Robyn [Maher] when she played. I’d have her on my team in a heartbeat. I’m enjoying watching Anneli Maley too – she’s exciting to watch. It’s also interesting watching young kids like Jade Melbourne, to see how far they will go.”

As we inch closer to a home World Cup and WNBL season 2022/23, there will be no shortage of Opals making noise and putting on a show in Australia!