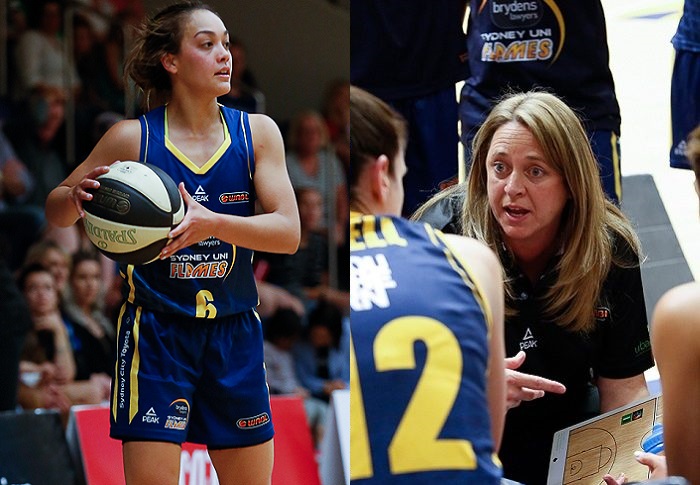 JANUARY PLAYER AND COACH OF THE MONTH

Becoming the first team to secure a playoff position, the Brydens Sydney University Flames have continued to rake in the accolades with Leilani Mitchell and Cheryl Chambers earning the Player and Coach of the Month awards for January.

The Flames’ point guard, Mitchell is a calming presence on the court for her team mates as she dictates the flow of the game as well as any player in the competition.

Through January, she averaged 16 points, four rebounds and 6.2 assists across six gamesÊwhile hitting 44% from the field, 35% from beyond the arc and 93% from the free-throw line.

Her points tally was good for fourth in the competition, while she finished first for assists and second for total steals with 14.

Sydney Uni played three games in the space of six days from January 8-13 but Mitchell showed so signs of fatigue in the third of those games when she tallied a game-high 25 points including 4-7 shooting from the three-point line to go with five assists and two steals as the Flames defeated Bendigo.

In the following round, the Opals point guard collected a double-double of 17 points and 11 assists with five boards and four steals in a big 12-point win over the Lynx.

The highlight of the month came on Australia Day though when Sydney Uni defeated the Caps by two points.

Mitchell recorded 16 points, five assists and two steals but no basket was as important as her floater inside the final five seconds as she nailed the game-winner to give her side the victory.

Owning a 10-7 record coming into January, the Flames were within striking distance of top spot andÊby the end of the month, they would be sitting in first and have a playoff position sewn up.

Coach Chambers led them to a 5-1 record as they followed a three-point loss to the Capitals with wins over Adelaide, Bendigo, Perth, Canberra and Townsville.

Only one of those wins was a comfortable victory but they have proven their mettle time and time again with four wins in January by three points or less.

That ability to perform in the clutch and with Mitchell leading from the front should have the Flames primed as they head into their first post-season under Chambers.