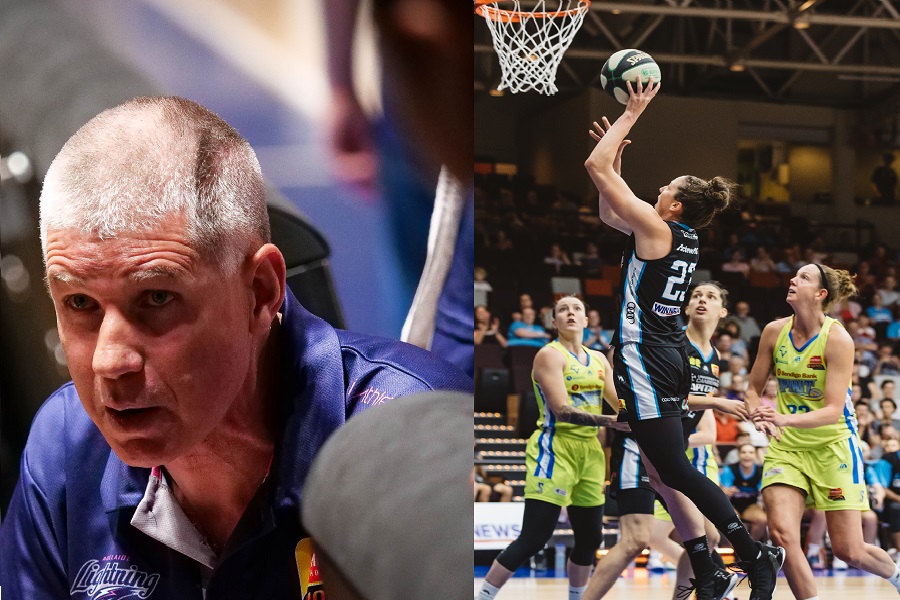 The University of Canberra Capitals’ Kelsey Griffin and Adelaide Lightning’s Chris Lucas have taken out the Player and Coach of the Month awards for December respectively.

Kelsey Griffin was named to the Team of the Week three times in December while she won Player of the Week in Round 11, averaging a double-double of 19.8 points on 56% shooting, 10.4 rebounds, three assists, and 1.9 steals per game through the month.

Griffin’s stand-out performance came against Perth in Round 10 when the Caps blew out the visitors by 32 points as Griffin put up 27 points and 15 rebounds in the win.

The UC Capitals skipper then followed up that performance with 24 points, 14 rebounds and four blocks in a 27-point win over Dandenong to start Round 11.

She then added 21 points and eight rebounds in a comprehensive victory over Townsville to finish the round and earn herself Player of the Week.

The Capitals went 6-2 in December, ending the month on a five-game winning streak with margins of 32, 27, 26, 29 and 43 points as they round into form down the stretch of the regular season.

The only two games that the Caps did drop through December were to Chris Lucas’ Lightning team as Adelaide went 7-1 during the month.

That record saw the Lightning jump from seventh on the ladder to fourth as Lucas claimed Coach of the Month honours.

Adelaide’s form saw them launch into the Championship conversation with Chemist Warehouse Australian Opals head coach Sandy Brondello even tipping the Lightning to go all the way on The WNBL Show podcast.

This week on #TheWNBLShow: @JenniScreen subs in to review the round, discuss all things #WNBL19 and…. the return of the body suit!?!
Opals coach Sandy Brondello our special guest.
LISTEN: https://t.co/fWXyXnjhM0

The improved play of Kayla Alexander has been integral to the Lightning’s recent success as she provides a quality option in the paint and rim protection at the defensive end.

Nia Coffey continues to star in the front court as well while the guard combination of Nicole Seekamp, second in the league for assists, and Lauren Nicholson, firmly in the Robyn Maher Defensive Player of the Year discussion, are proving very dangerous.

With the Lightning’s offence currently second in the league at 81.8 points per game and their defence third (giving up 72.3 points per game), the analytics tell the story of a team rocketing into championship contention.