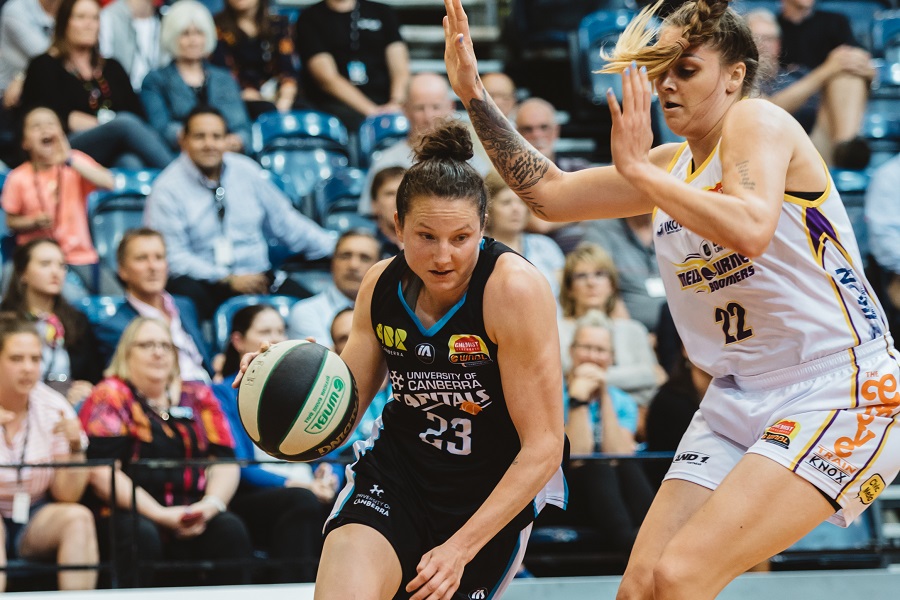 University of Canberra Capitals captain Kelsey Griffin has been awarded the Sportswoman of the Year award by Latrobe University, where she is currently completing a Master of Teaching (Secondary).

The award is a combination of both Kelsey’s academic and sporting achievements.

From representing Australia at the 2018 Commonwealth Games to being the LTU Sportswoman of the Year, congratulations to Kelsey Griffin on receiving the highest sporting honour La Trobe University has to offer! #LTUbluesawards @unisportau pic.twitter.com/bRvcf37YCs

“Two years ago I started helping out at Bendigo South East College in the athlete development program,” explained Griffin.

After beginning her work with the school without qualifications in teaching, Griffin found that a degree in teaching would be important, so she began to study at Latrobe.

“I went back because I was required to have a qualification to work at Bendigo South East, but I also did it for my future. Following my basketball career, I may work in schools… probably more in basketball and/or sports,” said Griffin.

“I was pre-med in the States, I thought I was going to be a doctor or something. But since coming over here, not a lot of my credits transferred. I ended up working at a school and I really enjoyed it.”

When asked about how she balances basketball, study and post-basketball aspirations, Griffin explained that over the next three years she wants to focus full-time on basketball.

“I want to see what kind of fitness I can get into and see where I can take my career. I feel like over these next three years I’m going to have the highest potential to capitalise on my athletic ability before I potentially start to lose some of that as I get older.

“That was part of the move coming up here (to Canberra), to maximise my basketball potential.”

After a tough period dealing with injuries, the hard-working forward believes she is in the best shape of her career.

“It’s taken a lot of hard work but it’s really exciting. I feel really supported up here with the Caps in terms of having everything I need to stay on the court.”

Griffin’s injuries have included hamstring and hip issues in late 2017, an ankle concern before the 2018 Commonwealth Games and a hamstring strain that kept her out of the 2018 FIBA World Cup and forced her into surgery.

However, being in Canberra helped accelerate her recovery time.

“A huge part of it was being up here and working out at the AIS and knowing that as long as I was a squad member with the Opals, if anything were to happen to me I would have access to the facilities and people here.

“Having these doctors and facilities just down the street was really enticing.

“Not getting the call-up for the World Champs was a really tough blow for me because I was on track to be able to get back in time for that. That was part of the decision with surgery, it took my recovery time down from twelve weeks to six weeks. That was another blow.” Those injuries ensured an interrupted pre-season for Griffin as she attempted to settle into life with a new team.

“I was able to start full-training with the Caps two weeks before the season opener. I had a disrupted pre-season in terms of on court training but I was able to supplement that with individual specific training like doing some bike work.”

“Canberra is great though. I feel like it’s kind of a hidden secret.

“I love all the farmer’s markets and having all the mountains around. It’s different to the Alaska mountains but it does remind me a little bit of where I grew up.