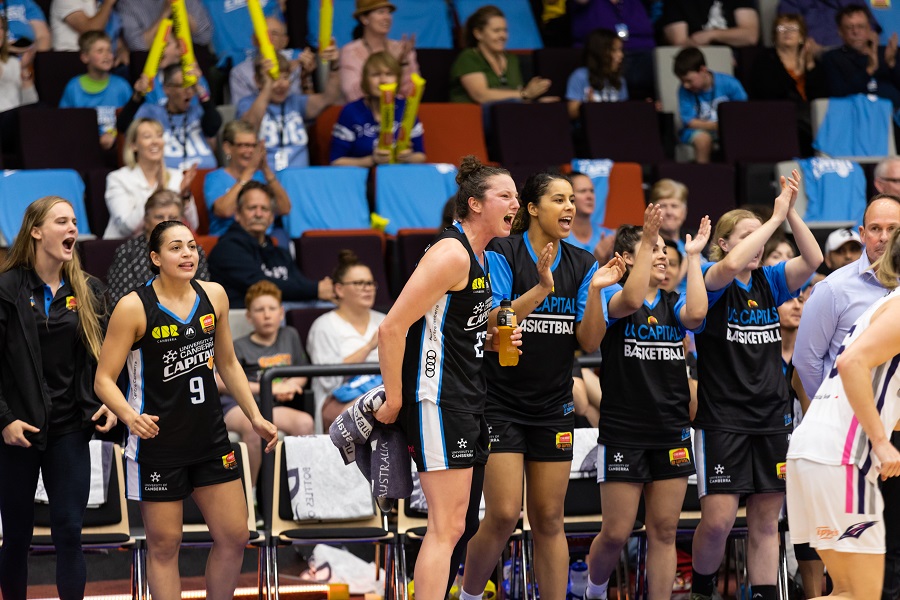 The University of Canberra Capitals had a busy off season signing some of the game’s brightest stars for the 2019 Chemist Warehouse WNBL season and Kelly Wilson is the biggest coup according to Kelsey Griffin.

“I was beyond excited. I know we signed a lot of great players but I reckon Kelly Wilson was the signing of the team to be honest because I think, and I’m probably a bit biased, she’s one of the most under rated point guards in the league as far as work ethic, unselfishness, she can score but is willing to distribute,’’ Griffin told The WNBL Show.

“And she’s a really good friend of mine.”

Griffin arrived at the UC Caps from the Bendigo Bank Spirit, where she enjoyed a successful stint including two championships and dual Grand Final MVP’s, in one of the biggest signings for #WNBL19.

“I’m loving it. A lot of people asked why I was going to Canberra – more so the city than the team. I’m loving it, life up here is great and the team atmosphere is great,’’ she said.

“I was a bit nervous when I signed as only two other players were signed at the time. I knew it was time for a change and I’m really, really happy with my decision.”

Life at her new home has launched in impressive style for the 31-year-old forward who is averaging 17 points per game after the opening three rounds.

Fit and firing, after injury cruelled her campaign last season, Griffin says she evaluates her output on going to work.

“Early on in my professional career I realised I wasn’t going to be the most talented player on the court a lot of the time but I knew I could be the hardest working.

“That’s something I pride myself on, you can’t control every shot but you can control how hard you work and do the little things consistently.”

The UC Caps are coming off their first defeat on the season, to the Deakin Melbourne Boomers last round.

“I hate losing and my team mates will be the first to tell you that but unless it’s the last game of the season, the Grand Final, you can usually learn a lot from a loss,’’ Griffin says.

“I think the only way this loss is really going to be something negative is if we don’t learn from it and don’t get better. I think that’s one thing about our side, we’ll just keep getting better as Leilani (Mitchell) finds her form, bringing back (Marianna) Tolo and Kristy Wallace.

“There’s a lot of talent already here and I hope my team mates know they’re valued, they are, but it’s also bringing in these great people and athletes too.”

Listen to Kelsey Griffin on The WNBL Show here