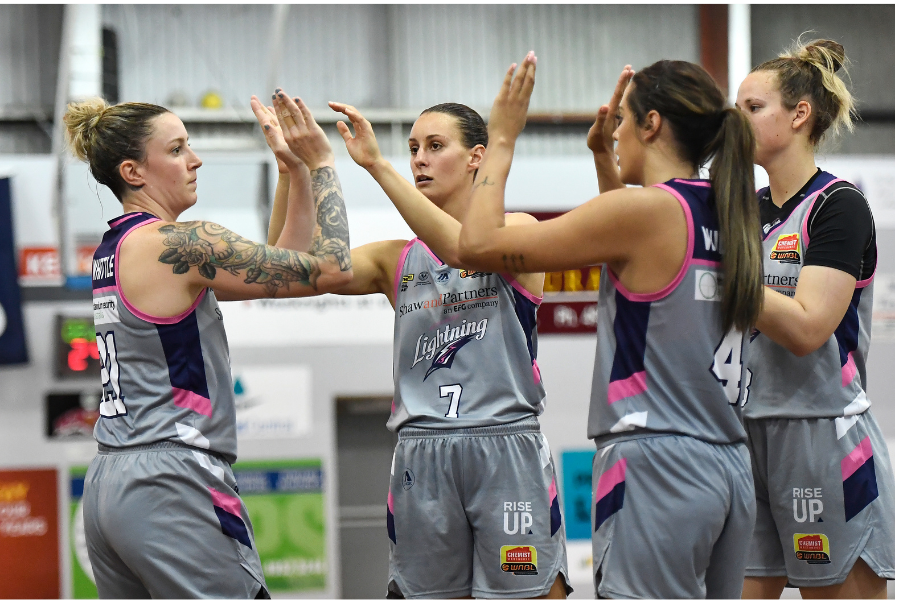 Lightning back and looking to strike

After a week in quarantine, the Adelaide Lightning can now return to the floor in the Chemist Warehouse WNBL and hope to pick up where they left off.

As South Australia went into a coronavirus lockdown last week, the undefeated Lightning were confined to their accommodation in Townsville and forced to postpone their following three games of #WNBL20.

But now, Adelaide is free and ready to hit the court against the Deakin Melbourne Boomers on Tuesday night.

Lightning guard Marena Whittle says after a challenging week her team has been itching to play, after starting the campaign with a 2-0 win record.

“There’s a really strong feeling to come out in this game and give it our all after the last week,’’ she said.

“The silver lining out of all of this is that we’ve been able to have some focused team time and team practice, really work on our game and not have to worry about preparing for the next day or the next game.”

The Lightning got creative in quarantine and were able to work out, spend time together and plan and prepare while following government guidelines.

“The challenge was to stay ready to go and keep our bodies in shape,’’ Whittle added.

“Thanks to the Lighting, our accommodation providers and Basketball Australia we were able to get some gym equipment into one of the hotel rooms and we were able to work out together which maintained our team camaraderie, sense of team and reason why we are here.”

Meanwhile, The Boomers are on the rebound after consecutive defeats, most recently to a fired-up JCU Townsville Fire on Sunday.

Tess Madgen returned from ankle injury last match and says its crucial the Boomers fly out of the blocks against the Lightning.

“We’re definitely looking to get a good start because we haven’t had one all season. I think that really hurt us again Townsville, they scored 30 points in the first quarter and we weren’t really able to recover from that,’’ she explained.

“We need to stick to our defensive scout at the beginning of the game and follow the game plan that the coaches have put in place.

“We also need to keep working on our offence, and getting the ball through more sets of hands and get the ball moving a bit more. Ezi (Magbegor) had a really great game against the Fire, so keep working our high-low game and we’ve got two of the best bigs in the league (Ezi and Cayla George) so we need to keep getting them the ball.”