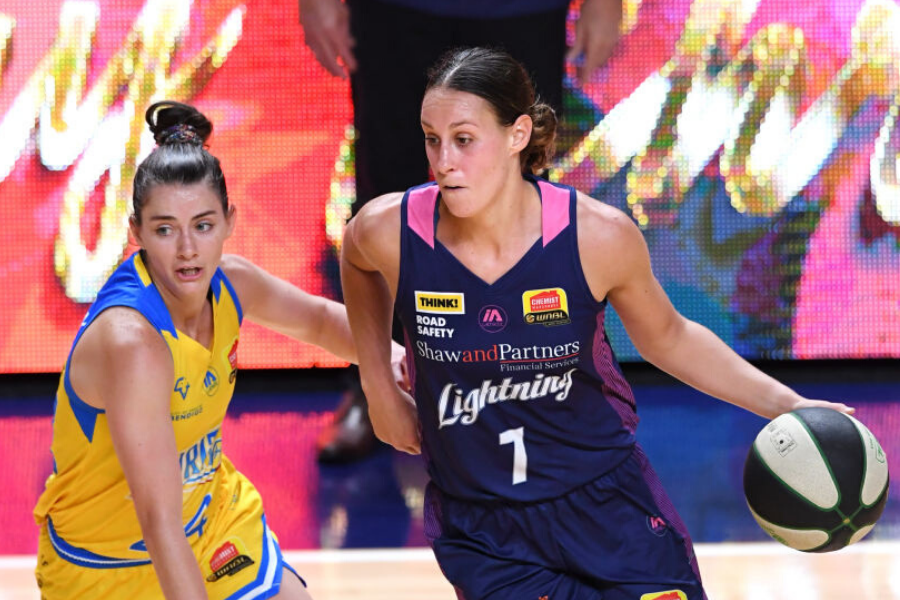 Lightning consolidate fourth spot with impressive victory over the Spirit

The Adelaide Lightning have bounced back in style from a disappointing 12-point loss to the Sydney Flames last week with a resounding 91-75 win over bottom-placed Bendigo Spirit at Titanium Security Arena.

In front of a parochial crowd, last year’s grand finalist led from start to finish and showed why they are contenders again this year with an impressive display against the Spirit.

It’s been a big week for the Spirit, and their team was looking to end a 6-game losing streak.

They got to within 8 points of the Lightning in the third but the home team was too strong in the end.

Former Phoenix Mercury WNBA forward Brianna Turner was the star for the home side with 23 points and 13 rebounds.

Turner made her intentions known early and raced to 19 points in the first half to go with 7 boards.

Stephanie Talbot was superb and finished agonisingly close to a triple double, finishing with 17 points, 10 boards and 9 assists.

Chelsea Brook was also impressive for the home side with 13 points at 4/6 from the field.

Lucas would’ve been impressed with so many of his team making strong contributions.

Lucas even having the luxury of giving some rare game time to Danielle Angley and Sarah Elsworthy.

“I was really pleased with the team effort from the girls, it was a physical game and I thought the girls showed some grunt and our transition game was awesome,” he said.

“Brianna brings great energy to our team and she’s a terrific athlete and can handle physicality really well which is a huge asset to have. It is great to have Brianna as a part of our team and she was excellent today.”

For the Spirit, Carley Ernst was the star with 21 points and 9 boards and former Central Districts junior Demi Skinner was impressive with 17 points.

Shyla Heal also tried hard for the visitors to finish with 16 points.

Spirit coach Tracy York was proud of her group despite the loss to her former side.

“Credit to Adelaide they are a good outfit and last year’s grand finalist so it was a tough challenge but I was really proud of the girls for sticking in their and it’s a credit to them, it’s a tough competition but we never gave up despite the 12-0 start by the Lightning,” York said.

York was also full of praise of the game of Ernst.

“She responded really well to not starting and played with that aggression that we love from her, I was really happy with her performance today.”

After falling into a 17-point hole in the first half, Bendigo had a mountain to climb early in the match.

The Spirit came out firing in the third quarter to try and claw the margin back, sealing the quarter 19-15 and turning the match into an arm-wrestle.

But the margin was too big to reel back in and Adelaide streaked in the final quarter to secure the result.

The Lightning will be looking to consolidate their spot in the top four in a mouth-watering matchup against the Melbourne Boomers on Sunday, December 22.

The Spirit host the Sydney Uni Flames on Thursday, December 19 at Bendigo Stadium where they will be looking to break a 7-game losing streak.