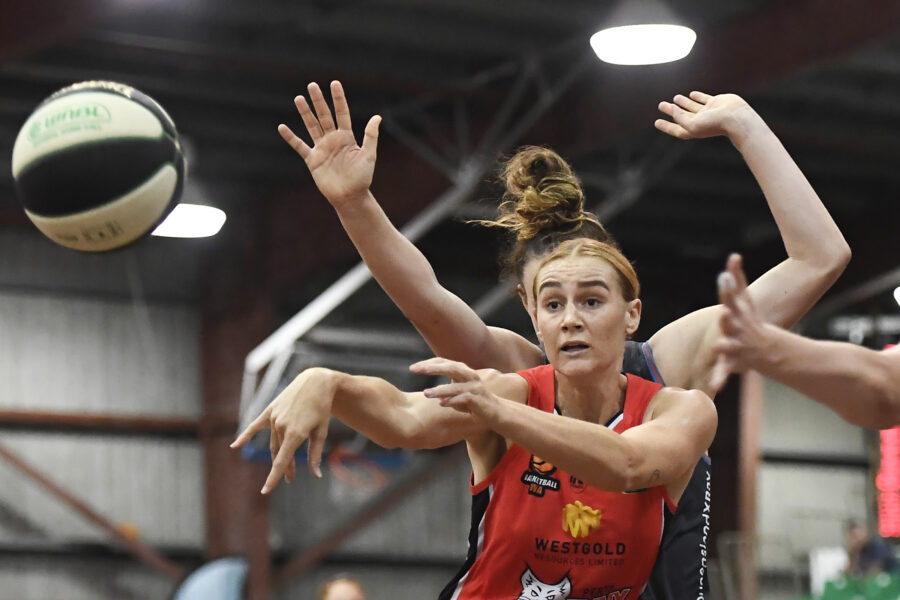 Lynx not afraid to throw everything at Flyers

Much of the focus will be on Australian Opals Liz Cambage and Darcee Garbin locking horns, but on Saturday night in Cairns the Perth Lynx head into their Chemist Warehouse WNBL encounter with the powerful Jayco Southside Flyers with a nothing to lose attitude.

The Flyers flexed their muscles on Thursday night in Townsville to beat the hometown Fire 101-89, fresh with their scheduled game on Tuesday against Adelaide postponed.

Cambage was an unstoppable force for Southside finishing with 31 points, 14 rebounds, six blocks and four assists showing just why she’s one of the most powerful figures in the world when on song.

She did that while opposed to rising Townsville star Zitina Aokuso in a fascinating match up but now on Saturday night at Cairns’ Pop-Up Arena, Cambage and the Flyers come up against Darcee Garbin and the Lynx.

Garbin is in her first season back with the Lynx after winning two championships with the Fire and with her sights on being part of the Opals team with Cambage at the Tokyo Olympic Games. All eyes will be on the battle of the bigs come Saturday evening in the opening game of WNBL20 action in Cairns.

Garbin is delivering 11.8 points and 6.3 rebounds a game over the opening four games for the Lynx as co-captain while playing over 31 minutes a game, but how she goes against Cambage will have a big say in the outcome of this encounter.

Perth opened its account for the 2020 WNBL season beating the Bendigo Spirit by 13 points on Wednesday after first up losses to Townsville, Adelaide and Melbourne.

While stopping Cambage will be a focus for the Lynx against the Flyers, composed point guard Alex Ciabattoni knows that they also have to be mindful of Bec Cole, Jenna O’Hea, Leilani Mitchell, Sara Blicavs and company if they are a chance to score the upset win.

“Honestly, what we’ll be mostly watching is their game against the Boomers and seeing where we can get an advantage. Obviously, we’re a smaller team and have a lot less experience than them,” Ciabattoni said.

“But the style we’re playing, being fast up the court and having five scoring threats out there, should actually make it a challenging game for them.

“Hopefully we can take it to them a bit but obviously they’ve got Liz Cambage in the centre there who draws a huge amount of the attention. It’s just about trying to take her out of it as much as we can and hoping we can stop everyone else from going off.”

A happy and motivated Cambage has often been an unstoppable force wherever she’s played in her career whether in the WNBA, WNBL or for the Opals, and she showed all that she’s capable of on Thursday night against the Fire.

She is now looking forward to getting to Cairns to show what she can do and the battle against Garbin is sure to ensure she doesn’t lack any motivation.

“I’m loving hub life. I love these girls so much and we’re family. We have babies, we have the cutest club and I’m so blessed to be part of the Flyers,” Cambage said.

“Now we head to Cairns and I’m so excited. I love Townsville but I’m ready for a little change of scenery and I have some friends in Cairns. I’m really excited to head up there next.”

Chris Pike is a freelance contributor for WNBL.com.au.