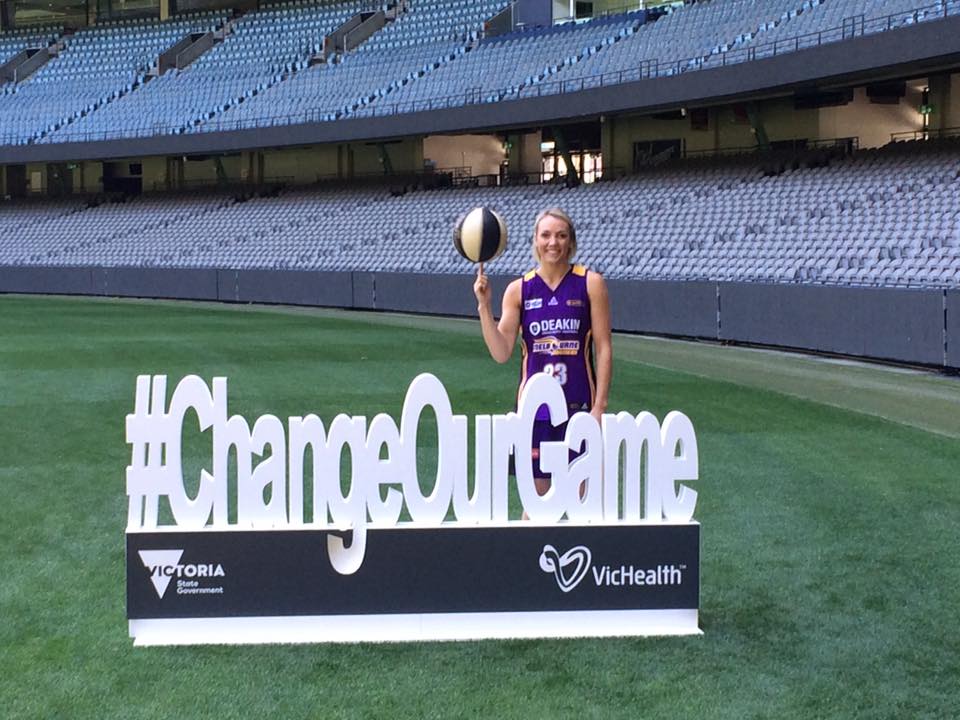 Launched this week, Garrick joined other elite-level female athletes to talk about VicHealthÕs #ChangeOurGame with the added news that more than $7 million of funding will go into girls and women in sport over the next three years.

The launch received widespread media coverage, including the Channel 10 News

ÒSupport for girls and women in sport is growing, itÕs a really exciting time for all female athletes across all sports,Ó said Maddie at the launch.

ÒThe choices for girls in whatever sport they choose to play is expanding, and thatÕs a great thing, especially for the health and well-being of girls throughout our community.Ó

ÒIÕm really proud to be an ambassador and to represent VicHealth and these important messages,Ó added Maddie.

VicHealth is a Major Partner of the Boomers this season and is working with the club to share the #ChangeOurGame campaign across basketball at all levels.

To support girls and women in basketball and see Maddie in action, come along to this SundayÕs WNBL game at the State Basketball Centre where the Boomers will play against Sydney Uni Flames from 3pm.

Tickets are available at the door or online HERE.