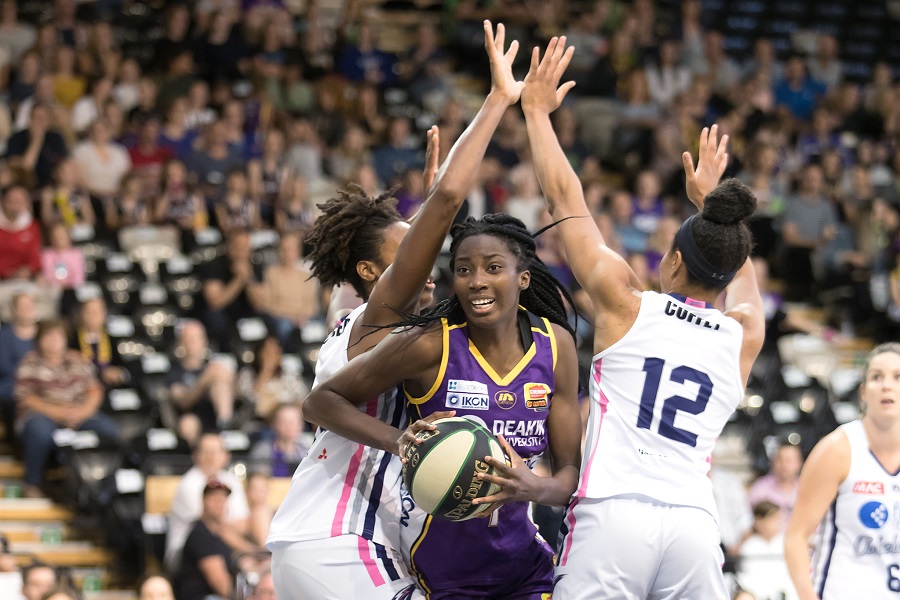 Deakin Melbourne Boomers young gun Ezi Magbegor has been selected in the first round of the 2019 WNBA Draft by the reigning Champions, Seattle Storm.

Chosen at pick no. 12, Magbegor joined fellow Aussie Alanna Smith who was drafted to the Phoenix Mercury at no. 8 where she will play under Opals head coach Sandy Brondello.

Magbegor burst on to the scene in 2016 when she led the the Astralian Sapphires to a gold medal at the Under-17 World Championships while being named tournament MVP.

A whirlwind 2018 then saw her claim a gold medal at the 2018 Commonwealth Games and a silver at the 2018 FIBA World Cup while in the WNBL, she was named the Betty Watson Rookie of the Year as a member of the UC Capitals.

The centre claimed 41 votes out of a possible 42, averaging 6.6 points on 52% shooting, 3.8 rebounds and 1.2 blocks per game which was good enough for eighth in the league.

Last season, Magbegor bumped those numbers up to in a starting role for the Boomers with 8.7 points and 4.3 rebounds while shooting an equal-league best 56% from the field.

Magbegor will now head to the Gold Coast for the first Opals camp of 2019.

That camp is the first step of a significant year for the national team as they prepare for the 2019 FIBA Asia Cup and the start of the FIBA qualifiers for the 2020 Olympics and 2022 FIBA World Cup.