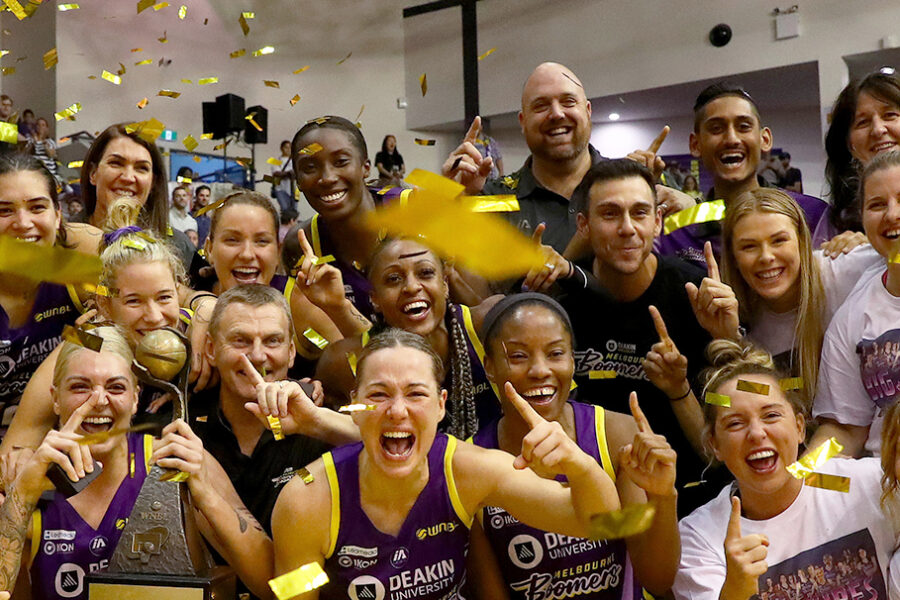 Melbourne Boomers are the WNBL 2021/22 Champions

MELBOURNE Boomers are champions for the second time in their history after recording a resounding win in Saturday’s WNBL Grand Final series decider.

After levelling the best-of-three series with a thrilling one-point win over Perth Lynx in Perth during the week, the Boomers showcased pure team basketball on the way to an 84-66 win at Parkville.

Melbourne established an early advantage in front of a vocal home crowd and would lead the Lynx at every change.

The triumph is the Boomers second title following their first championship in 2010-11 at the same Melbourne venue.

Boomers star import Lindsay Allen (who plays for Indiana Fever in the WNBA) was awarded the Rachael Sporn Medal for the Grand Final’s most valuable player.

Allen shot 13 points in game 1, took her team on her back with 29 points in game 2 to force a decider and finished with 14 points, 7 assists and 4 rebounds in game 3.

The 27-year-old guard, in her third season with the Boomers, paid tribute to her team mates.

“It’s going to sound cliché and corny but this is really for the whole team. Honestly, I really couldn’t do it without you guys, supporting me, I just can’t thank you guys and the coaches enough.”

For Perth, import Jackie Young completed a sensational debut season by topping her team’s stat sheet with 18 points, Sami Whitcomb had 14 points and 6 boards while Marina Mabrey combined her 12 points with 5 rebounds and 3 assists.

The championship was the fairytale send off for long-time Melbourne Boomers coach Guy Molloy who has relinquished the reins to continue his coaching career in New Zealand including as head coach of the women’s national team.

Molloy was appointed coach of the Boomers in 2013-14 but first coached in the league in 1989 with the Canberra Capitals. The championship, was Molloy’s first from three grand final appearances.

“It’s an unbelievable feeling, I’m so proud of the team,” he said.

“I think we got written off after game one, Perth had an unbelievable shooting performance and we didn’t execute but the grit we had to go back on the road and win in game two and then to come here and finish it off like this in front of our home crowd – it’s amazing.