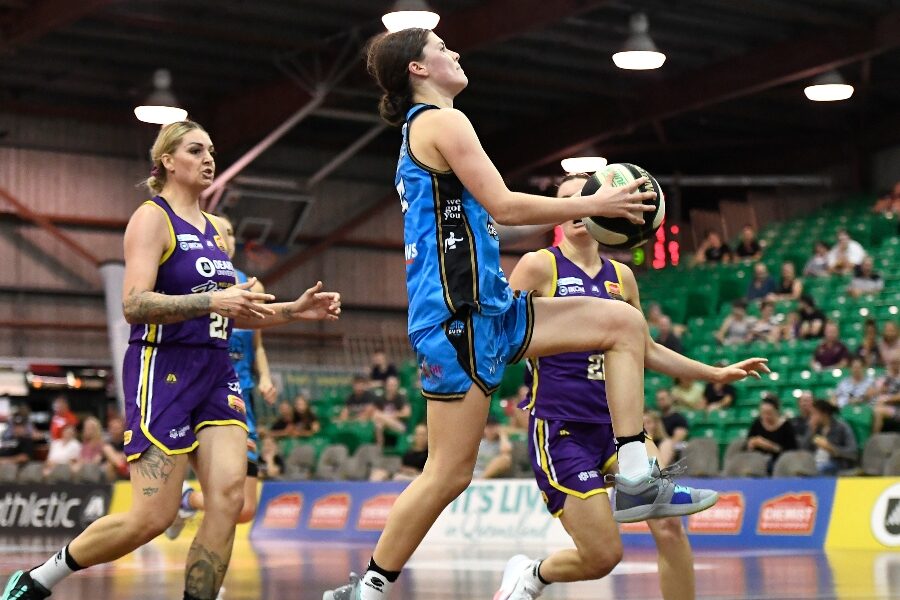 In just her fourth game, teen rising star Jade Melbourne top scored for the Caps with a game-high 20 points as the Caps prevailed, 67-50.

Melbourne was 9-of-13 from the field plus dished out 3 assists and grabbed 2 boards in just under 32 minutes court time.

She praised her team mates on notching a third consecutive win.

“We played great offence tonight, we really wanted to execute our stuff and I was just lucky I was able to get on the end of a few,’’ she said.

“I’ve loved our time in Mackay. Our team has settled in well and it is hot, but we’ve adapted well now and it’s like a great little country town.”

Canberra got off to a solid start and led by 14 points at the first change then 10 and 11 at the following breaks.

After a brilliant start to season 2020, this was Melbourne’s first defeat of the campaign.

For a second straight game, the Boomers were without star guard Tess Madgen (ankle) who last week shone in her team’s opening two wins.

Guard Stella Beck, who finished with 7 points, 2 rebounds and an assist, said the Melbourne Boomers struggled to find continuity.

“It was a tough game, one of those games where we couldn’t find our rhythm much or get stops on defence,’’ she said post-match.

“Canberra are a really good team and have proven a difficulty for us, they were last season too. We know they’re a tough side to beat and we just need to be better next game.”

Next, the UC Capitals face the Brydens Sydney Uni Flames in Cairns on Saturday while Melbourne was due to play the Adelaide Lightning this Sunday. In their following game, the Boomers tackle the JCU Townsville Fire on November 24.