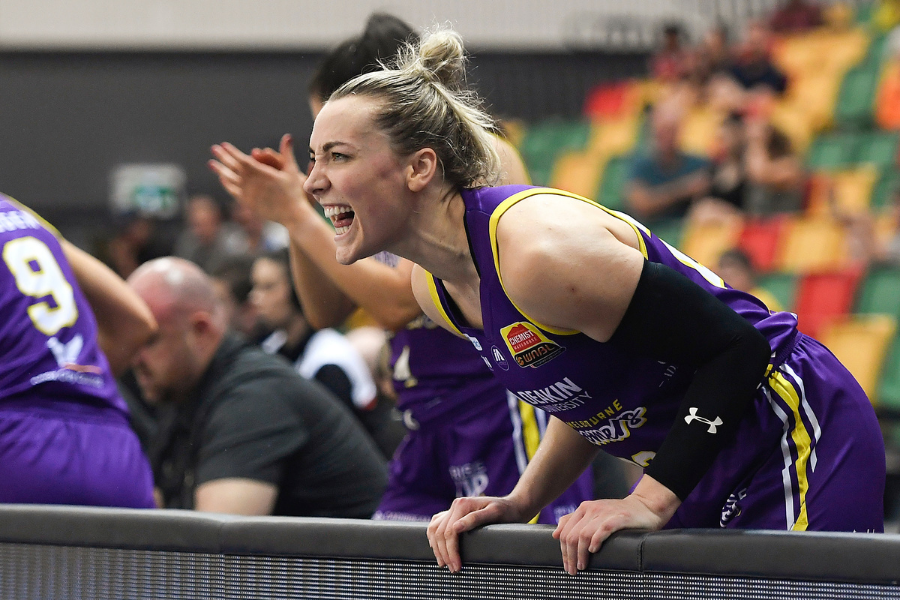 Molloy thrilled by Boomers hot start ahead of Lynx clash

An ankle issue for star recruit Tess Madgen is one of the few problems for 2020 Chemist Warehouse WNBL pacesetter Deakin Melbourne Boomers, but their canny coach Guy Molloy isn’t getting carried away by his club’s hot start.

A first-up 15-point win over Brydens Sydney Uni Flames was followed up by a very impressive 89-72 come from behind victory over local rivals, Jayco Southside Flyers, the title favourite in many pundits’ eyes.

Opal Madgen was a huge contributor in both games, logging 23 points against the Flames and torching Southside with 24 points, nine rebounds and five assists.

She suffered an ankle injury late in the Southside game and will battle to be fit for Monday’s clash in Mackay.

“She will be in some doubt for the next game, we just need to monitor how she pulls up,” Molloy said.

Melbourne will look to keep their momentum going against Perth, who have started their campaign with two losses.

JCU Townsville Fire smoked them by 25 points, but Lynx were much better in a 74-69 loss to Adelaide on Sunday and were ahead for most of the game.

“We’re pretty thrilled to get away to a 2–0 start in a shortened season,” Molloy said.

“Those early wins are quite precious. The loading of games and travel is very intense so we just don’t know with cumulative fatigue how things may look as we get to the end.

“It is only early, there’s still a long way to go, we’ll just keep going on our way and hopefully continue to improve.

“But I won’t lie, it was a really good win (against Southside) for our club. Everyone is pretty excited about it, it builds a lot of confidence and belief in the group, but it’s the second game and we’ll move on pretty quickly.”

Melbourne shot 59 per cent from three-point range, but Molloy said their overall execution had to improve as they couldn’t bank on always shooting that well from long range.

Perth coach Ryan Petrik was impressed by the Boomers slick display against Southside.

“They were terrific, I thought Guy Molloy coached it perfectly,” Petrik said.

“You see how much they wanted to get the win, how disciplined they were, they are just a really good basketball club.

“We know we’ll have our work cut out for us.

“They’ve got two bigs that are causing everyone a nightmare with Ezi (Magbegor) and Cayla (George), so we’ve got to try and get them off the glass.”