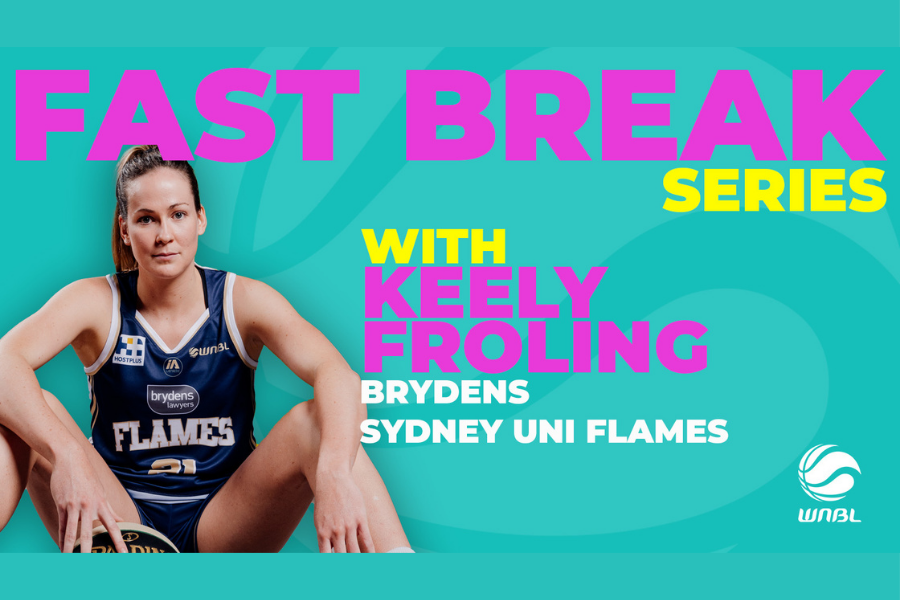 New WNBL club and a co-captaincy, catch up with Keely Froling.

On the eve of the WNBL 2021/22 season, WNBL Media caught up with the Sydney Uni Flames’ newest addition, Keely Froling.

In what’s been a massive second half of 2021, Froling has found herself relocated to the shores of Sydney and co-captaining her new side.

“It’s really special and exciting. I have been around the league for a little while now and I’ve been around some really great leaders so I hope that I can do that for the girls as well.”

Gearing up for the season opener this weekend, Froling will take on twin sister, Alicia who has filled the Froling sized shape left on the UC Capitals playing list after her departure.

“It definitely adds some extra motivation to the first game, makes it more like we have to win!”

With basketball practically running through the Froling family bloodline, Keely admits that the ambitious nature usually comes out when they’re all in the same room together.

“We’re super competitive, talking a bit of smack, but it’s also really supportive and it’s nice to have people in the same situation as you.”

In the midst of all the WNBL preparations, Froling received her first senior call up to the national team, as the Opals embarked on a trip to Jordan to compete at the FIBA Asia Cup, returning with a bronze.

“It was amazing, a really good opportunity. We would’ve loved to be in the gold medal game and I think we could’ve got there but it was a really great experience with some of my best friends who were there as well.”

With 2022 looming as a big calendar year for women’s basketball, Froling has been a key feature of the Australian 3×3 team in recent years and says that the intensity is at another level.

“It’s a super fast-paced, high speed, a physical half-court game of basketball in 10 minutes. It’s definitely something you need knee pads for, really physical, really fun and I think it really suits my style of game.”

Keely will make her co-captaincy debut this Sunday as the Flames take on the UC Capitals.