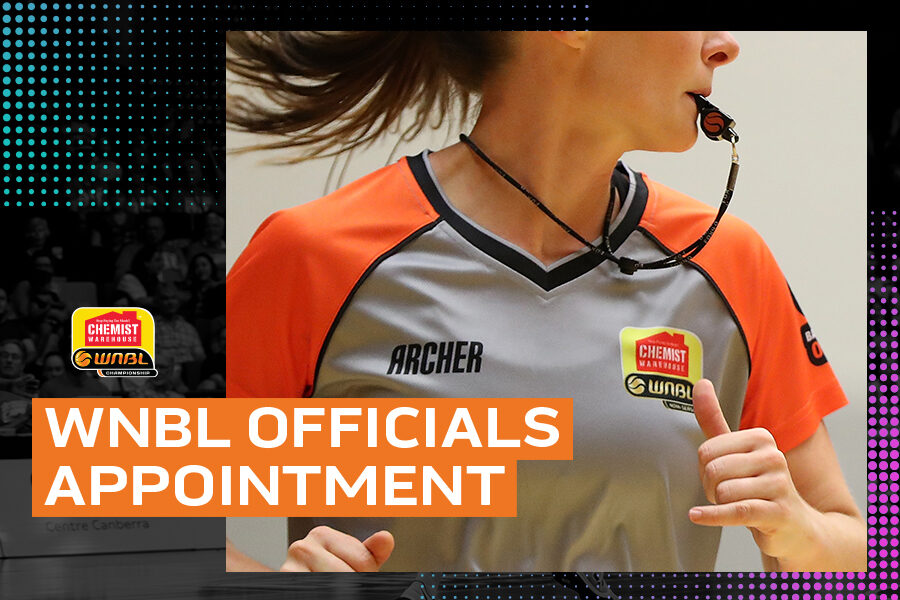 Through a partnership with the Queensland Government, the entire season will be played out of a North Queensland hub, with a revised season structure featuring 60 games condensed into a six-week period from 11 November – 20 December

In respect to the structure of the hub model and taking into consideration work, family and other personal commitments, 45 referees who currently sit on the WNBL panel were approached by BA for expressions of interest to officiate the 2020 competition.

Whilst living in the hub, the 14 attending referees will have access to the same level of services as players, inclusive of activities that will help to promote positive mental wellbeing and monitoring individual welfare.

BA Head of Education and Development Michael Haynes, states that wellbeing of all individuals in the hub is a high priority for the governing body.

“It is important to Basketball Australia that all individuals are acknowledged for the hard work and significant sacrifices they are making for the 2020 season to go ahead. We want to ensure that all our players, coaches, officials and administration staff feel great physically and mentally throughout the duration of the season, and we will make every effort to support them with that.”

With an array of experience across the group of 14, four of the referees officiating the competition; Madi Crowley-Long, James Griguol, Guy Richards and Jack Taylor are also accredited with a FIBA Referee License, allowing them to officiate certain levels of international basketball. Additionally referee coach John Rearden is also the National Referee Instructor for Basketball Australia.

The league also plans to work with those who were unable to put their name forth for the trip to Queensland.

“The upkeep of connection, communication and involvement with the 31 WNBL panel officials who are not in the hub will also be integral,” explained Haynes.

“It is a key priority for us to maintain education and development for all, and we will look to also continue a level of social engagement amongst the overall group.”

Of the attending officials in the hub, five are based in Queensland, with the remaining 12 to make the journey from their respective states or territories including Victoria, Australian Capital Territory, New South Wales and South Australia.

The 14 Referees that will officiate throughout the 2020 Chemist Warehouse WNBL season are (in alphabetical order):

The Referee Coaches that will be in the WNBL Hub are: