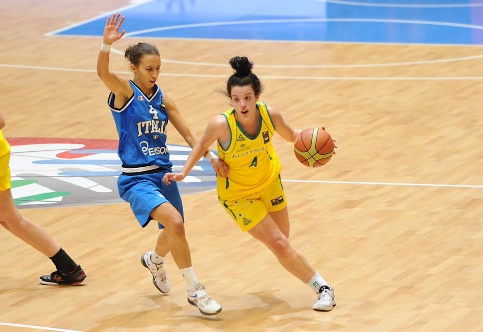 MAC Adelaide LightningÕs squad has been bolstered by the signing of rising star, Vanessa Panousis.

The 22-year-old will return to Australia, following a successful college career with Virgina Tech Hokies in the Atlantic Coast Conference.

The Sydney-sider had a successful college career, being named in the ACC All-Academies Team twice.

Prior to her four college seasons with Virginia, Panousis was a development player for the Sydney Uni Flames in the 2012-13 WNBL season and won bronze with the U19 FIBA World Championship in 2013.

Panousis is thrilled to be reunited with her former coach Chris Lucas, who coached her in the U17 FIBA World Championships in Amsterdam.

ÒWeÕre looking to her to play a role as a combo-guard for us. ItÕs the first year out of her college career and we feel that she adds terrific depth to our back court and really looking forward to improving her game and what she can do at the WNBL level,Ó Lucas said.

ÒIÕve known Vanessa for a long time and kept an eye on her career for Virgina Tech, where sheÕs had a good career. SheÕs a terrific young lady with great characters and she fits the chemistry and culture that we want to put in place with the group.Ó

Panousis will join her fellow Lightning teammates, Aimie Clydesdale and Chelsea Brook in the Australian Emerging Opals team that will compete in the World University Games hosted in Taipei from August 13-30.

MAC Adelaide Lightning Supporter Membership (No games included) is available for $40 a person and is availableÊhere.