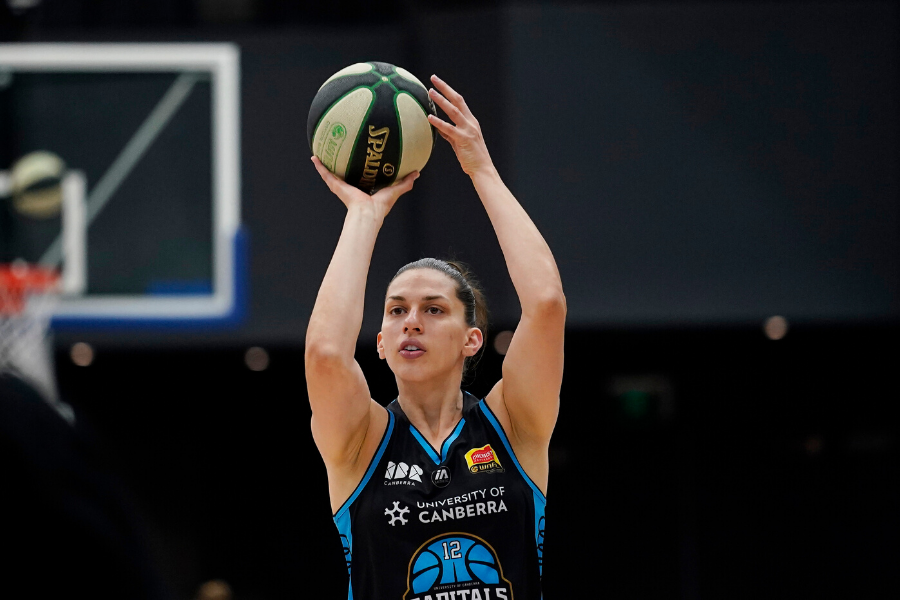 After 84 regular season games and five tough finals it all comes down to this.

The teams which finished in first and second place after the home-and-away season will now battle it out for the championship starting Sunday afternoon in Game 1 at Dandenong Stadium.

The Flyers, guided by Cheryl Chambers, are chasing a title in their maiden campaign, while the Caps, under freshly crowned Coach of the Year Paul Goriss, are striving for back-to-back titles.

Southside was first to advance to the decider when last Saturday night they accounted for the Lighting in Adelaide, sweeping last year’s runner-up in a gritty Semi-Final showdown.

The Caps had to wait a bit longer. After beating the Melbourne Boomers in Game 1 at home, the Boomers bounced back emphatically on their home floor last Sunday to send the series to a decider back in the nation’s capital. Canberra led from the outset on the way to a 77-64 victory on Wednesday night, winning through to a second-straight Grand Final Series.

As Caps star Kelsey Griffin noted on this week’s WNBL Show, Canberra can take confidence into Game 1 at Dandenong.

“It’s funny if you look at the split, I think we’re almost better off with Southside having home-court advantage because we’ve beaten them twice at home and they definitely took care of business when they played us at home,’’ she said.

The Flyers received an almighty Grand Final-week boost on Monday when star captain Jenna O’Hea was declared fit to take her place in the series. The All-Star Five selection broke her wrist back on January 12 but played on in her side’s overtime thriller over the Boomers.

Her inclusion, as a key player and outstanding leader, is an immeasurable boost a side which went 17-4 in the regular season.

Fellow calm and experienced head Leilani Mitchell, has again produced a brilliant season and her match-up with Caps point guard and real life highlights real Olivia Epoupa, is worth admission alone. This battle will be telling.

The eyes of spectators will be getting a work out with tantalising match-ups and big names for both sides all over the court. Robyn Maher Defensive Player of the Year, Mercedes Russell has been a dominant force for Southside and her duel with evergreen Marianna Tolo, fresh from a game-high display against the Boomers, is a salivating one.

Superstar Kelsey Griffin and Suzy Batkovic Medallist Kia Nurse are certified match winners who were clutch for the Caps in Game 2. Maddy Rocci has been one of the league’s biggest improvers this season and achieved career-best numbers last time these teams met. A broken nose sidelined Keely Froling back in Round 14 who plays a crucial role for the Caps.

Bec Cole, Sara Blicavs and Aimie Clydesdale posted double digits for Southside in Adelaide last weekend and their consistency has underpinned their side’s brilliant campaign. Anneli Maley bounces off the bench and grabs her rebounds, Louella Tomlinson has a ton of experience and may be important coming in, and up against, Tolo and Griffin. Kiera Rowe subbed in back in Game 1 against Adelaide and sunk a triple, showing she is ready for the big finals moments.

A fresh Southside will have had a week off in between finals, while the Caps hit the floor for the third time in seven days match hardened with two tough games under their belt.