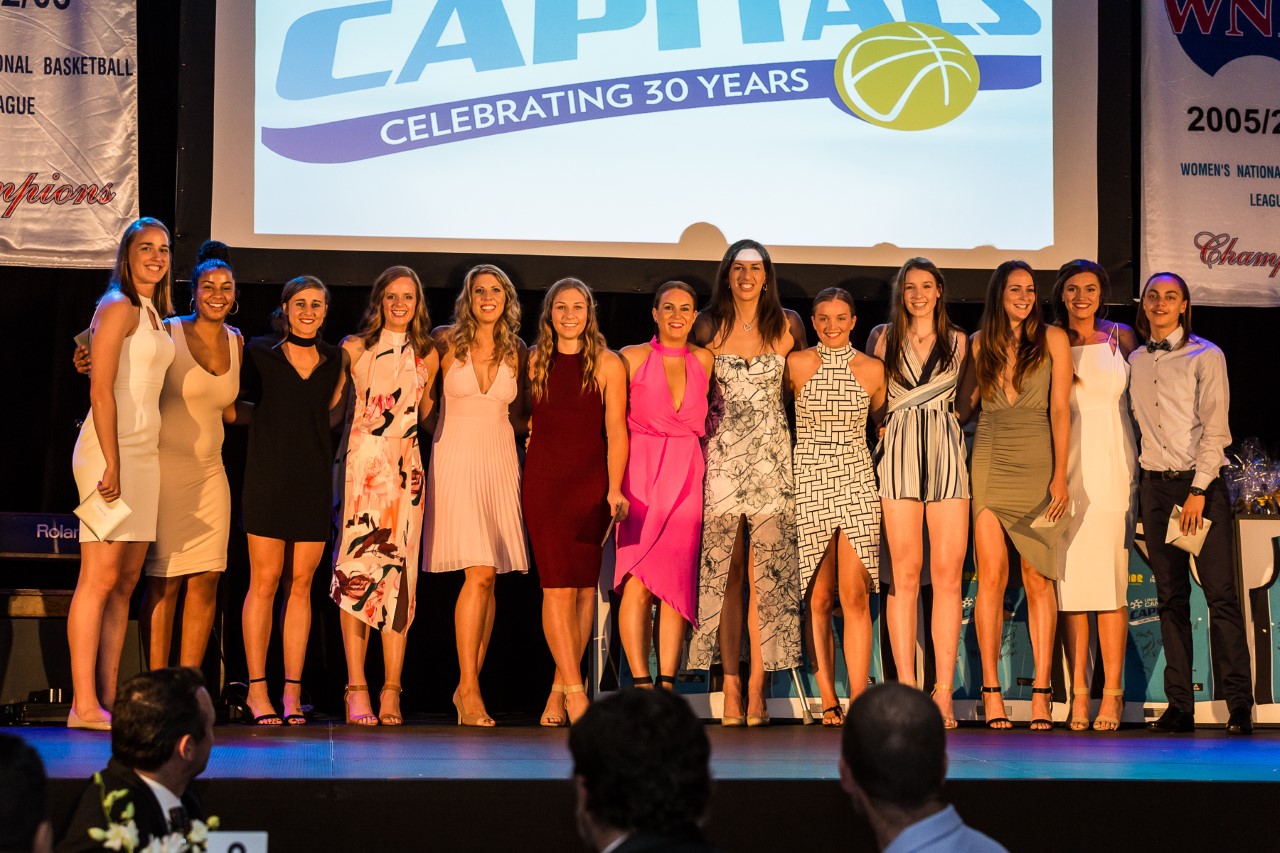 The UC Capitals concluded their 2016/17 campaign with their end of season awards night.

Despite falling just short of a finals appearance, it was it was the UC Capitals most successful season in six years and gave a clear indication that the team who finished with just two wins throughout the entire season before is on the rise.

Below are the list of award winners on the night:

After a five year absence from the Capitals after playing abroad in Europe and the USA, Marianna ToloÕs return to Canberra gave the fans a sense of optimism about the upcoming season.

And she didnÕt disappoint.

After becoming the first Capitals player to win the WNBLÕs Defensive Player of the Year earlier this week it was no surprise to see Tolo take out the same award for her club.

In her first season with the UC Capitals, Kate Gaze claimed the inaugural Fan Favourite award.

Voted by the supporters, GazeÕs superb shooting, work ethic and friendly personality earned her a lot of love from the people in the stands.

Her standout games for the season included her 18 point performance against her old side Townsville, in round seven that earned her a team of the week nomination and another 18 point game against Sydney Uni in round 13 where she scored six from six from the three point line.

The PlayersÕ Player award is given to the player who shows the most dedication, leadership and club spirit.

After 18 seasons in the WNBL, Carly Wilson announced 2016/17 would be her last, but this award showed that WilsonÕs unwavering passion and love for the game still burned brightly in her final year.

She finished her career on 363 games, the seventh most in WNBL history.

Capital on the Rise: Abbey Wehrung

In her third season with the UC Capitals, 21 year old Abbey Wehrung proved to the league that she was a star in the making.

After returning from injury in round seven, Wehrung slowly began to find her rhythm and provide a headache to opposition coaching staffs.

As the season went on, she found herself in the starting five for the UC Capitals, a testament to her effort and dedication.

Round 18 against Bendigo was a bittersweet match for Wehrung. Her first half was electric for the UC Caps as she spearheaded them to a strong lead, scoring five of six three point attempts. However, after a hard foul at the start of the third quarter she was sidelined for the with an ankle injury that would see her miss the rest of the season.

Despite playing just 21 minutes in that match, she was the gameÕs leading point scorer with 18 and was named in the round 18 Team of the Week.