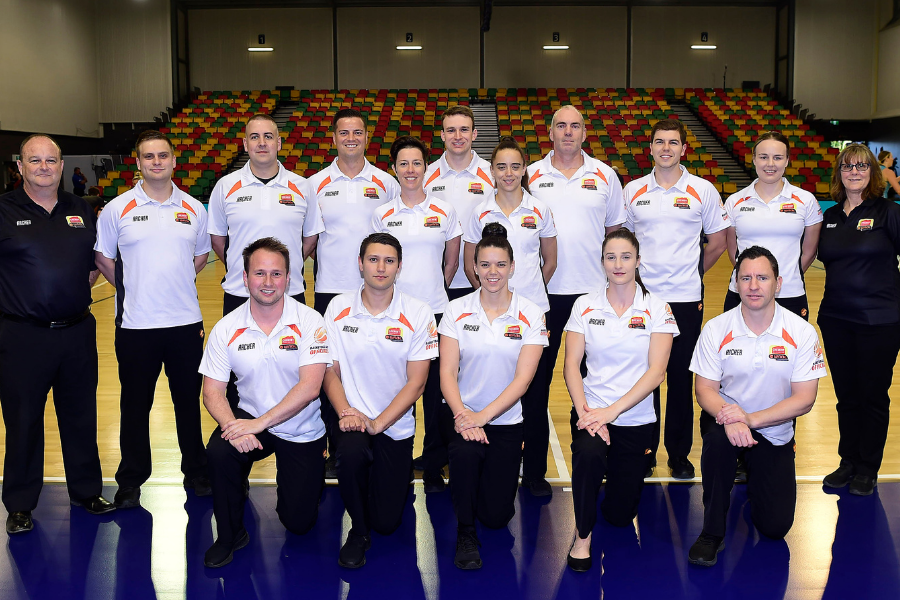 Basketball Australia (BA) is delighted to announce the eight referees that have been selected to officiate in the 2020 Chemist Warehouse WNBL Finals Series.

The Finals Series, to be played in Townsville, will commence on Wednesday 16 December with two Semi Finals, the Preliminary Final on December 18 and the Grand Final to be contested on Sunday 20 December.

Based upon performances across the 2020 WNBL regular season, the eight referees that will officiate in the Finals Panel were selected by the three referee coaches based in the WNBL Hub: Troy Earle, Jacky Maggs and John Rearden.

“Throughout the season Troy, Jacky and I have worked alongside the referees to review each game, identify areas for individual development and areas for the referee team as a whole,” said Rearden.

“I have also spoken regularly with the eight WNBL team coaches to get their feedback, and at the conclusion of the regular season the three of us met to select the eight referees to participate in the finals panel, based upon individual performances and also dynamics of working as a team.”

Further to the selection of the Finals Series officials, BA would also like thank all 14 referees and three referee coaches that have made personal and professional sacrifices to deliver this season by locating to North Queensland for the WNBL hub

BA Head of Education and Development Michael Haynes has praised the dedication of everyone that has helped bring this 2020 WNBL season to life.

“The commitment made by everyone involved in the Hub has been significant, and the referees are no exception to that.

“Amongst preparing for games, reviewing games, participating in education sessions with local associations and maintaining their fitness, these referees have also continued to carry out their respective ‘day jobs’.

“The strength of the finals panel is best measured by the strength of those who were not selected, and Jason (Kelly), Todd (Spain), Danika (Jolley), Hugh (Starkey), Aydin (Baker) and Kylie (Voevodin) all had exceptional seasons.”

The eight referees selected to officiate the 2020 Chemist Warehouse WNBL Finals Series are (in alphabetical order):