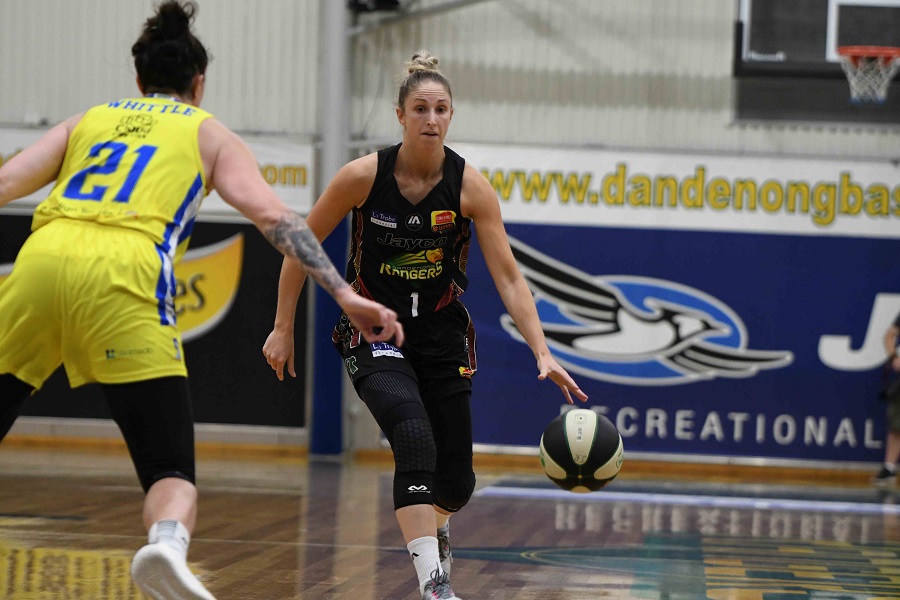 ROUND 10 PLAYER OF THE WEEK- BEC COLE

After two dominant performances for the Jayco Rangers that carried them into the top four, Bec Cole has been named the Round 10 Player of the Week.

The Rangers tipped things off on Friday night against Sydney Uni and Dandenong were clinical throughout the game, out-scoring the Flames with a 56-32 second half while dropping 35 points in the fourth term, their highest points total in a quarter this season.

Cole was on fire during that final period, dropping 16 points including three triples to finish with 31 points, four rebounds, three assists and five steals in the 106-73 victory.

She was extremely efficient at the offensive end, shooting 12-14 from the field and proving unstoppable in getting to the rim while also showcasing her outside game with 4-5 shooting from beyond the arc as well.

The second game of Dandenong’s double-header came on Sunday against the Spirit as the Rangers celebrated their Indigenous Round.

Bringing their form over from Friday night, the Rangers jumped out to a 30-14 lead at quarter-time and Cole was instrumental with six points and four assists in the period.

She produced another highly consistent performance in the 24-point victory, recording 20 points on 7-13 shooting, six rebounds and a career-high 11 assists.

The pair of wins has moved Dandenong up to fourth place with a 7-6 record, having won four out of their last five games and Cole now sits third for points per game (19.3) and seventh for assists (4.1).