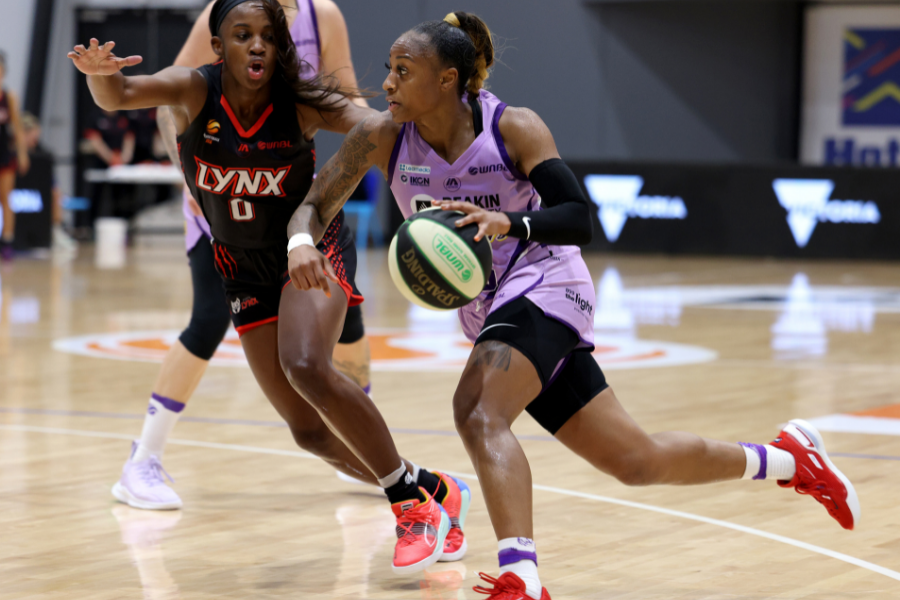 Round 10 Preview: Short and sweet, bring on the heat.

A whole week between rounds feels like an eternity these days, so you can count on round 10 to bring the heat. Every team will have a fresh run at their chase for a win. The challenge will lie with the clubs who have lost key players to the National team call-up.

The Lightning’s winning streak was effectively put on pause by The UC Capitals last weekend while Bendigo hasn’t been able to replicate their early-season victory. Adelaide will be without their top scorers Alanna Smith and Steph Talbot which could present the Spirit with an opportunity. Bendigo will be counting on the likes of senior players, captain Tessa Lavey and Maddie Garrick to upset Adelaide on their home deck. It’ll be up to Kylee Shook and Kiana Williams to elevate their game to fill the gap and get their team over the line.

Note: Power couple Anneli Maley and Marena Whittle will go head to head on the court for the first time this season.

Both the UC Caps and the Flyers had memorable round nine wins, as the Caps shut down the in-form Lightning and the Flyers pinched a last-minute victory over the Flames, so this battle will be a feature of round 10. Southside will be desperate to get this victory in the bank to keep them in reach with the top four. A Bec Cole and Britt Sykes showdown will be ferocious and highly entertaining, lock that in as one to keep an eye out for.

Note: The Flyers will miss Maddy Rocci, Kristy Wallace and Sara Blicavs while they’re on national duties, so WNBL veterans Jenna O’Hea and Abby Bishop will hold the key to capping off the Caps.

Round nine was dramatic for the Flames, they notched up their first win for the season and then suffered a cruel loss in the dying seconds. it’ll be about how they respond as they take on the Fire who have shown bursts of their 2020 grand final form while sitting on a 4-4 record. Duo Sug Sutton and Monique Billings have been on a steady upward trend all season for the Fire, their opposition should have a game plan to lock them down.

Note: A battle of the defence is on the cards, as the Flames’ Kalani Purcell and the Fire’s Zitina Aokuso go head-to-head.

The game of the round heads to Traralgon and will sure be a treat for Regional Victorian fans. The battle will be a relatively equal one, as both teams will be without portions of their starting fives. The Boomers’ Cayla George and Tess Madgen and the Lynx’s Sami Whitcomb and Darcee Garbin were named in the Opals qualifying team and Ezi Magbegor will be watching from the sidelines as she manages as light injury. Not much has separated these two teams so far this season but it’ll be the battle of the imports that will be most intriguing. Key standouts for their respective teams and quickly making an impact in the WNBL, a Marina Mabrey verse Tiffany Mitchell match-up and Lindsay Allen v Jackie Young head to head will turn heads.

Note: The last time these two met in round seven, the Boomers got the better of the red and black in a tight and hectic three-point win. The Lynx will look to set the record straight and also has the opportunity to extend their winning streak to five and set a season record.