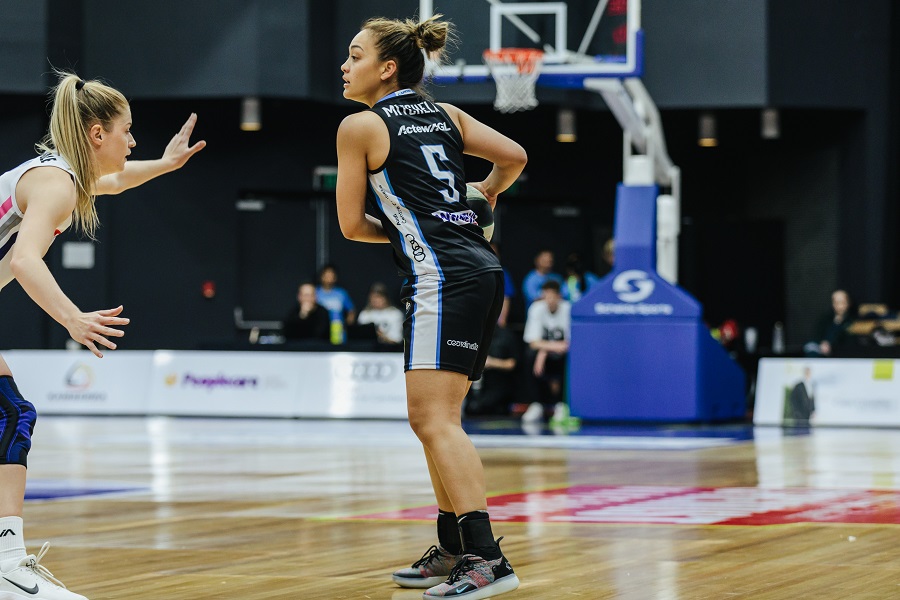 ROUND 14 PLAYER OF THE WEEK – LEILANI MITCHELL

Leilani Mitchell led the University of Canberra Capitals to two wins in Round 14 to claim Player of the Week honours as the Caps secured the minor Championship.

Beginning their double-header on Friday night in Townsville, the Caps got out to a 52-31 lead at the main break with Mitchell registering ten points and four assists in the half as her side looked on track for another big win.

However, the Fire fought back in the second half and got within six points midway through the fourth quarter but from there, Mitchell and Kelly Wilson steadied the ship with six straight points to put the game beyond Townsville’s reach.

Mitchell finished with 20 points and seven assists, hitting 5-9 from beyond the arc and recording only one turnover in the 80-68 victory.

Following up on Sunday against the Sydney Uni Flames at Qudos Bank Arena, the Caps needed just one more win in order to guarantee themselves  top seed for the finals.

Mitchell again came out firing, hitting two three’s in the first period as she went on to drill 11 three-pointers for the weekend.

The point guard looked to be leading the Caps to a big win again with a 16-point advantage in the first half but Sydney Uni kept pace with them and Mitchell needed a ten-point third term to hold the home side at bay.

The Caps eventually prevailed 99-79 in a scoreline that flattered them but Mitchell could not be stopped, recording 24 points, four rebounds, eight assists and two steals.

After an injury-interrupted start to the season, Mitchell has rounded into form over the last few weeks as she chases a second WNBL Championship.